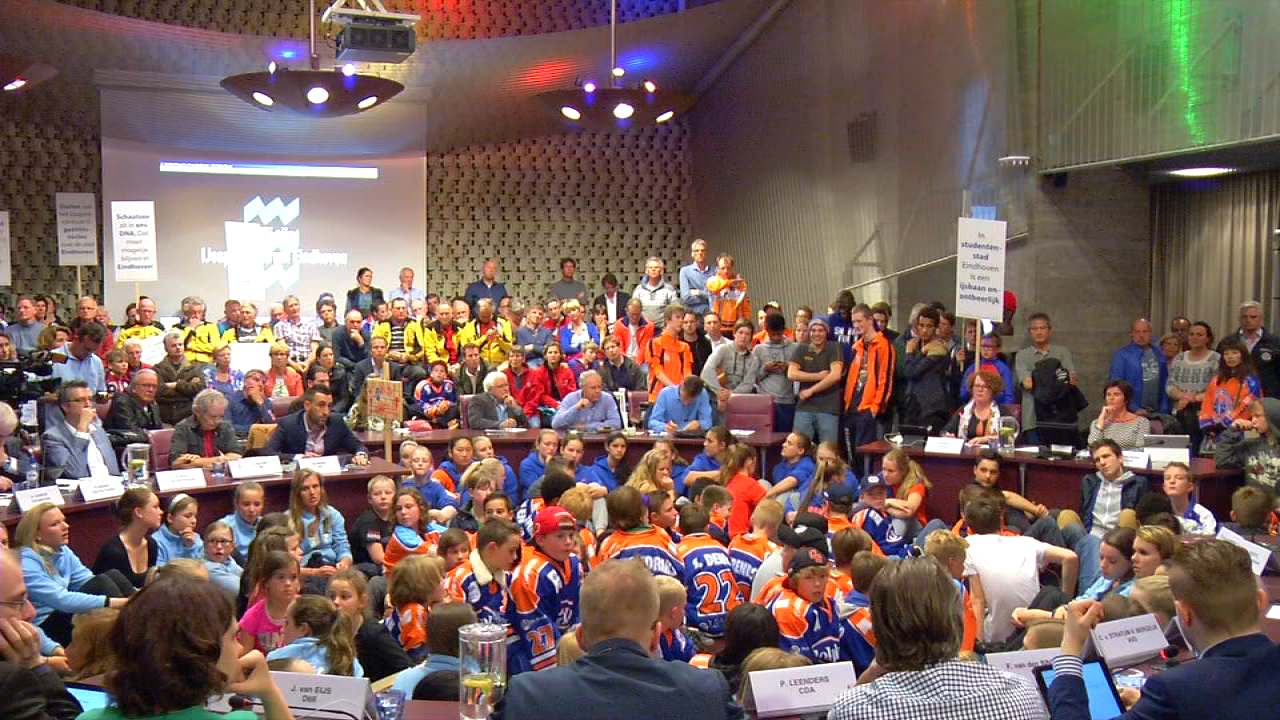 About 500 ice athletes demonstrated against the closure of the ice sports centre (IJssportcentrum) at the Town Hall yesterday.

With banners and dressed in skate clothes they came to the town hall in Eindhoven to protest. Alderman Van Kaathoven wants to close the IJssportcentrum. She believes the facility to be too expensive and still millions of euro’s need to be cut on sports.