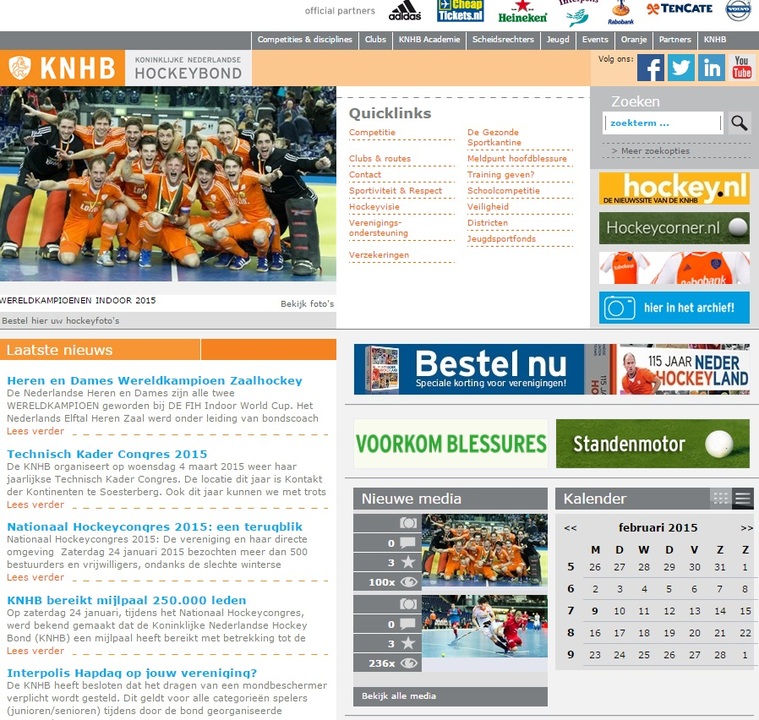 Making his debut and catching gold at the World Cup: the Eindhoven indoor hockeyer Caspar van Dijk succeeded this weekend.

Led by Robin Rösch, former coach of HC Eindhoven, the Dutch team won the World Cup final indoor hockey in Leipzig. With a 3-2 victory over Austria the Dutch indoor hockey men have won the world title for the first time in history.

Van Dijk has had a considerable share in the run-up to the final. He scored in both the quarter and semi-finals.

Not only the men have achieved the world title: even the Dutch women’s team became world champion. The team succeeded by beating Germany in the final.