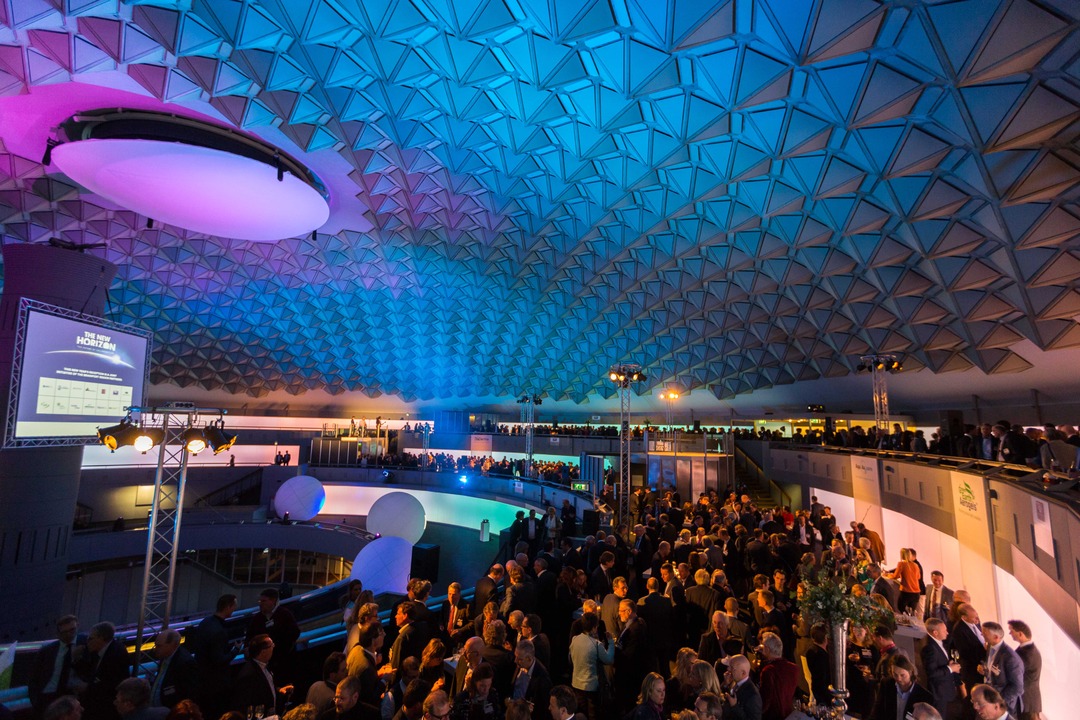 The New Year’s reception ‘The New Horizon’ in the Evoluon on January 7, 2015, was a success. For the first time, fourteen parties from Brainport Eindhoven region joined forces for one joint meeting in order to usher in the New Year. The event was visited by over one thousand people from business, educational and governmental areas.

The Evoluon was transformed into a kind of spaceship that for this occasion left towards the future. There was an animated film show, with among other things the future visions of the fourteen partners within the Brainport region.

An inspiring speech by Louis Zacharilla, director of Development of the Intelligent Community Forum, matched well. His lecture with the title ‘The Future of Collaboration’ could count on support from the audience. According to the visionary from New York smart city areas such as Brainport will set the standards for determination of a new society within a few decades. "Eindhoven can become the Florence of the new renaissance. Cherish your own home, monitor your culture, make sure you are happy, then economic success follows by itself." According Zacharilla man possesses an exhaustible energy source: knowledge. Who can use this correctly, has got the future. "Such as Eindhoven, which I consider to be my second home," said Zacharilla.

Also during the speech by Frans Timmermans the audience was as quiet as a mouse. He argued about the opportunities in the Eindhoven high technology region in cooperation with cities in Germany and Belgium. Also, he expressed his concern about the growing demand for technically trained staff on middle and higher level.

After the speeches there was time to meet each other. In relaxed atmosphere, accompanied by a band of the Summa College, the talks were mainly about, obviously, a fruitful cooperation to make the region even more attractive for top talents, knowledge workers, investors and entrepreneurs.