Home NEWS Flowid test factory to be built at Chemelot 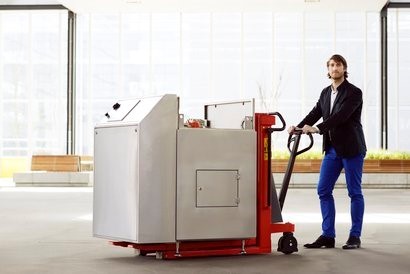 Eindhoven University of Technology, TU/e-spinoff Flowid, is constructing a small-scale plant in collaboration with Brightlands Chemelot Campus in Sittard-Geleen.

This so-called "Spin-in" project will cost 1.7 million euros, over 700,000 of which is funded by the South Netherlands Operational Programme (‘OP-Zuid’).

Flowid will be applying patented spinning-disk technology on an industrial scale at the plant using a new type of chemical reactor which is smaller, safer and more efficient than conventional reactors. Spinning-disk technology stands out from common technologies due to the smaller size of the reactors, a reduced use of energy and raw materials, less or no waste production and the lower operational and investment costs. The smaller dimensions of the system make it suitable for small-scale production.

Flowid recently received the Herman Wijffels Innovation Award for technology and the plant has major potential, and may boost employment and sales at the supplying industry. The market targeted by Flowid is worth hundreds of millions of euros.

Member of the Provincial Executive Twan Beurskens (Economic Affairs, Province of Limburg) is delighted by the arrival of Flowid: ‘This is a huge gain for Brightlands Chemelot Campus, and for the economy in Limburg. You can see new companies making more and more use of the knowledge present at knowledge institutes such as TU/e, and also managing to secure funds from European funding programmes. The campuses in Limburg are the crystallization point of these innovative developments.’

This is a joint funding programme by the provinces of Limburg, North Brabant and Zeeland, with the cities Breda, Tilburg, ‘s Hertogenbosch, Eindhoven, Helmond, Venlo, Sittard-Geleen, Heerlen and Maastricht for activities that are co-funded by the European Regional Development Fund (ERDF). The funding for this project is allocated through OP-Zuid is funded by ERDF and the central government.

Flowid had previously received a Valorization Grant of 225,000 euros from Technologiestichting STW to introduce the spinning-disk technology on the market.