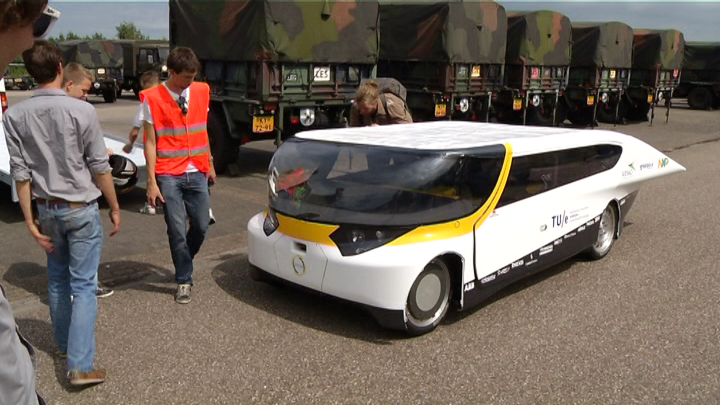 The world famous solar car Stella returned to its home base, the TU/e in Eindhoven, yesterday. During the past few months the car visited several places in the United States, so that the Americans could become acquainted with the technical aspects.

Transporting the car was not easy. The vehicle was shipped from the US to the Netherlands in a large wooden crate. The batteries of the car were transported in another crate. The wooden crates were then loaded into a sea container.