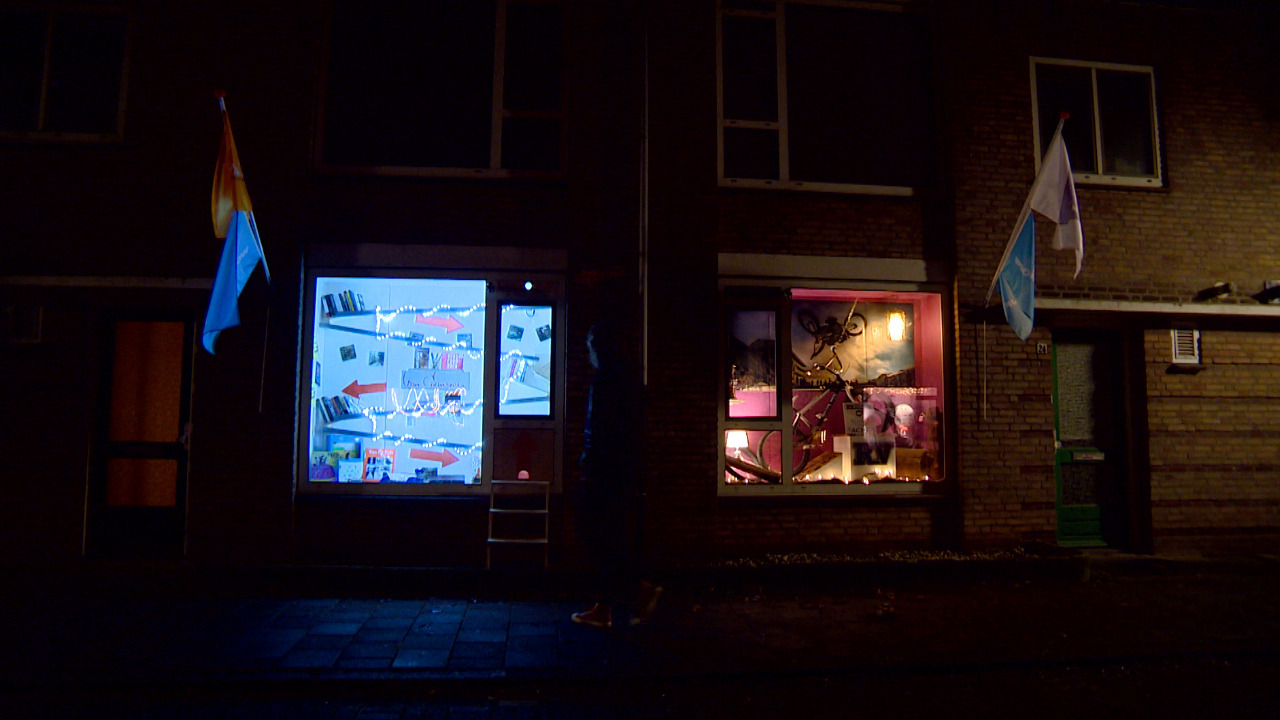 Windows of demolition houses that are decorated as showcases: that is the idea of local residents of the Kamperfoelielaan in Eindhoven. The interactive showcases are designed to establish a link between the streets as they are now and the new layout of the street.

Artist Ard Jacobs has designed the interactive windows showcases. By passing by on foot or by driving past, the lighting switches on. The windows also light up by, for example movement, like a hair dryer that turns on.

Jacobs says: "I have lived here myself and I have seen what the demolition may entail. That’s not really a nice image. He therefore designed the windows, which also establish a link between the old and the new streets. "The retailers who previously inhabited these properties will also come back in the new building."

Koj Koning, District Manager at housing corporation Woonbedrijf asked Jacobs and his partner Laurie Sieben to think of something as an alternative to boarded-up windows.
The showcases can be seen until Friday, January 23.