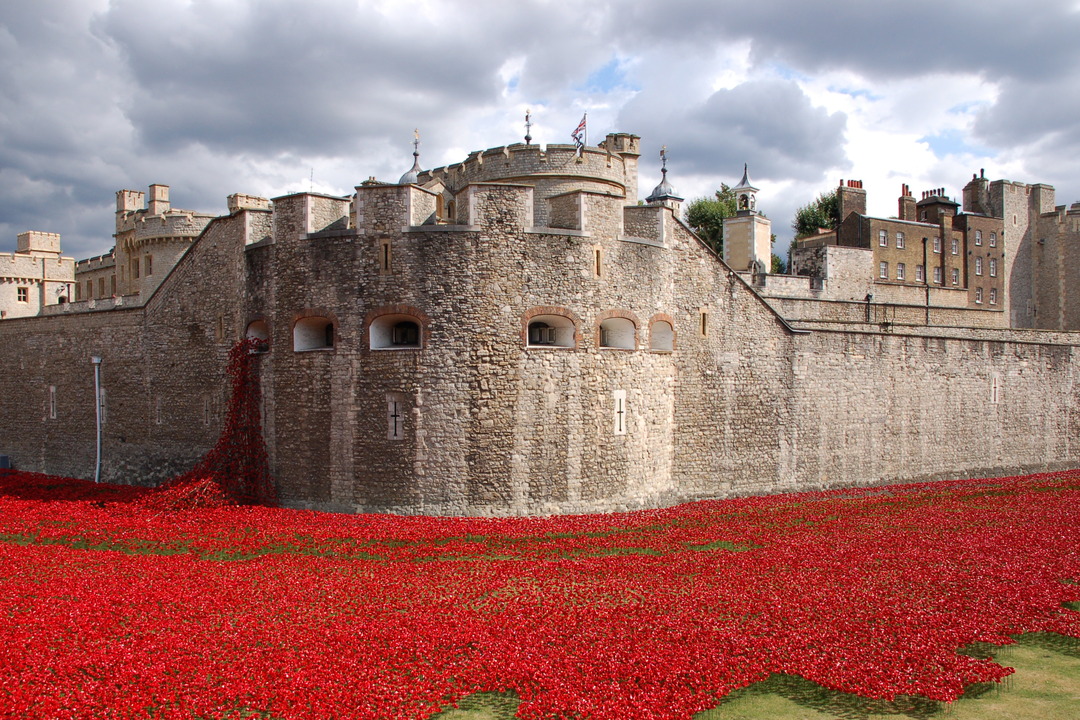 Countries around the world remember those who died in the line of duty serving their country, in many ways. In the Netherlands respect is paid to those who gave their lives for their country (Dodenherdenking), on May 4th with ceremonies in Amsterdam at the National Monument and around the country, by the laying of wreaths, two minutes silence and the stopping of transport at 8pm. The USA shows their respect for those who died in the line of duty on Memorial Day in May, a public holiday when services of remembrance are held and flags placed on war graves around the country. Veterans Days, to honor those who have served their country are held separately.

Remembrance Day, or Armistice Day, is observed in many European countries in November, and throughout the British Commonwealth, France and Poland on November 11th or the closest Sunday. This is when the First World War officially ceased, "The eleventh hour of the eleventh day of the eleventh month." In many parts of the world a moment of silence is held at 11am and wreaths are laid at memorials but, for me, one of the most visible signs of remembrance is a paper poppy, worn on a coat lapel.

The poppy symbol comes from WWI when the battlefields in Ieper and the Somme would burst forth in colourful poppies in the warmer months…a sign of life in the fields of death. A young Canadian soldier, John McCrae, was moved to write a poem, which ended in this sentence, "We shall not sleep, though poppies grow, In Flanders fields".

In 1918 a young American woman, Moina Belle Michael, read this poem and decided to always wear a poppy to remember the young men who had died or been injured during WWI, and thought it could be a means of fundraising. In 1920 the National American Legion adopted the poppy idea as a symbol of remembrance. A French woman, Anna Guérin, was taken with the idea of the poppy as a fund raiser for France’s children orphaned by the war. She made it her goal to spread the idea to the countries allied with France during the war. America was selling Buddy Poppies by this time, and then Canada adopted the idea, followed by Australia, New Zealand and finally the Royal British Legion in Great Britain. By 1922 factories in these countries were producing poppies and the funds raised went to help those injured or affected by war. In Britain the first factory was started by Major George Howson and was staffed by only five injured war veterans. Now the numbers are staggering, more than 30 million Remembrance poppies are made in the UK alone, along with other poppy items such as petals, wreaths etc. In 2014 the RBL hopes to raise £40 million (over €50 million) for military families.

2014 is the centenary of WWI and in France, Belgium and Great Britain the focus has been on remembrance of that particular war. In August the Tower of London has been the host of an art installation called, "Blood Swept Lands, and Seas Of Red" by artist Paul Cummins, and by November 11th, 888, 246 ceramic poppies will have been planted in the moat, giving us a chilling representation of the number of British Commonwealth service men that died during WWI…an unsettling visual of the enormous loss of life.

I have paid my respects at many WWI and WWII war cemeteries since moving back to Europe, and visited the Tower Of London this summer to see the touching field of ceramic poppies. However nothing makes me reflect on our servicemen, past or present, more than the moment that I attach that simple poppy to my jacket. An obvious reminder to all, of the debt we owe so many brave men and women.