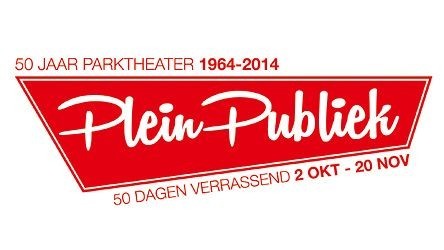 Thursday, November 20 was the last day of Plein Publiek (public square) in the Parktheater Eindhoven.

From 2 October onwards the theatre was open for 50 days from 9 o’clock in the morning. Many organisations and societies had the possibility to organise their event somewhere in Parktheater. Yoga at the stage, painting below a chandelier or hide and seek throughout the building, these are just a few of the creative public activities.

Due to the success Parktheater examines the possibility to continue some parts of the program.

The City Lunch during the last fifty days which the theatre offered as a gift to the city, will be continued until Saturday 20 December in a slightly modified form. For € 4.00 the visitor can choose seven lunch items from the buffet. A part of this amount will be donated to the innovation fund thinX. Through this fund activities are organised that contribute to the future of theatre and research is being executed.

In addition, Parktheater will investigate the continuation of the well-attended Sunday morning concerts and the ‘Kinderkeet’ on Wednesday afternoon. In the Kinderkeet children were able to attend dance lessons from CKE (arts centre Eindhoven).

During the rest of the anniversary theatre season 2014/2015 a lot of activities are due to take place. Like the annual Christmas Wintercircus (21 to 29 December 2014) and Cabaret and Comedy Weekend (31 January, 1 February 2015) for example. On June 24, 2015 there is an auction of objects in the Philps Hall. These items were collected by artists and impresarios. The proceeds will benefit the cultural program and the public of the future. This way, Parktheater likes to continue to spread happiness over the next 50 years.