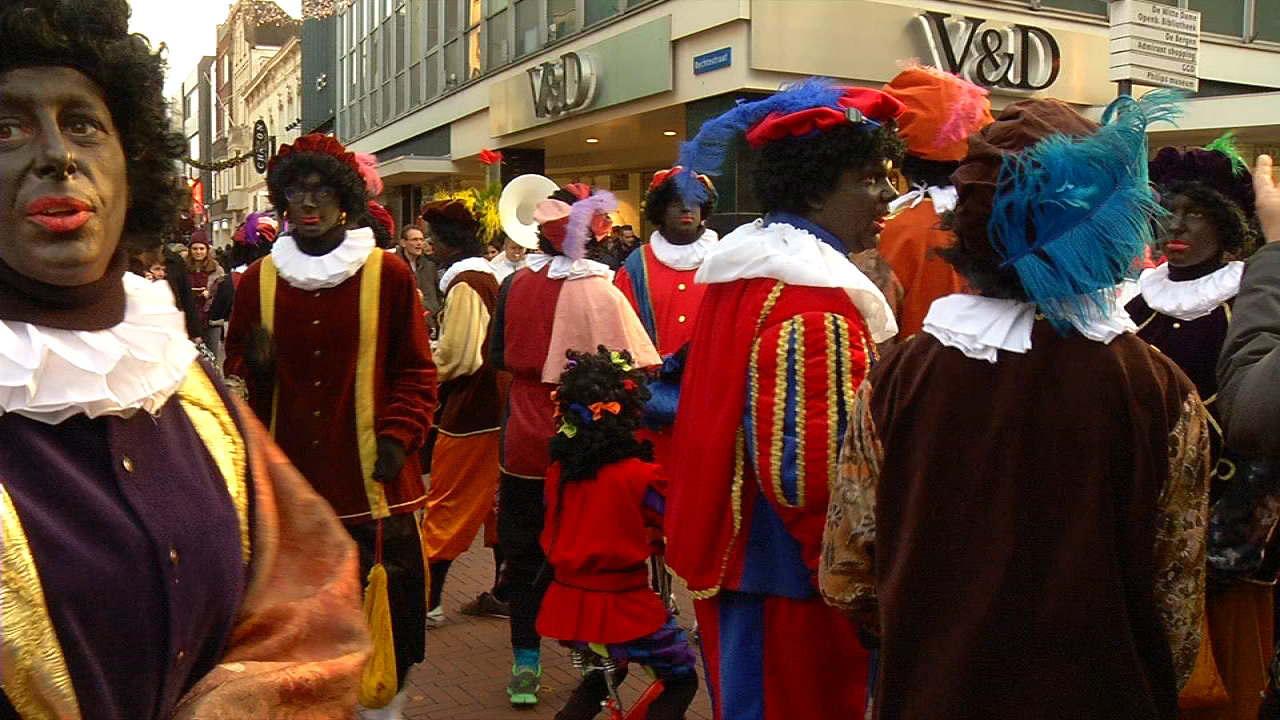 Many people had gathered to watch the ‘Pieten’ Parade in the Eindhoven inner city yesterday. Lots of children wanted to catch a glimpse of the ‘Zwarte Pieten’ (Black Petes), who handed out candy and danced to Sinterklaas music played by a brass band.

It was the tenth anniversary of the Black Petes Parade. About 40 of Sinterklaas’s jolly sidekicks were taking part, whereas normally there are some 70 of them.

Usually, the Petes Parade is on a Sunday, but this year it was moved to the Saturday preceding 5 December, because otherwise the football match PSV – Feyenoord would have been on the same day.