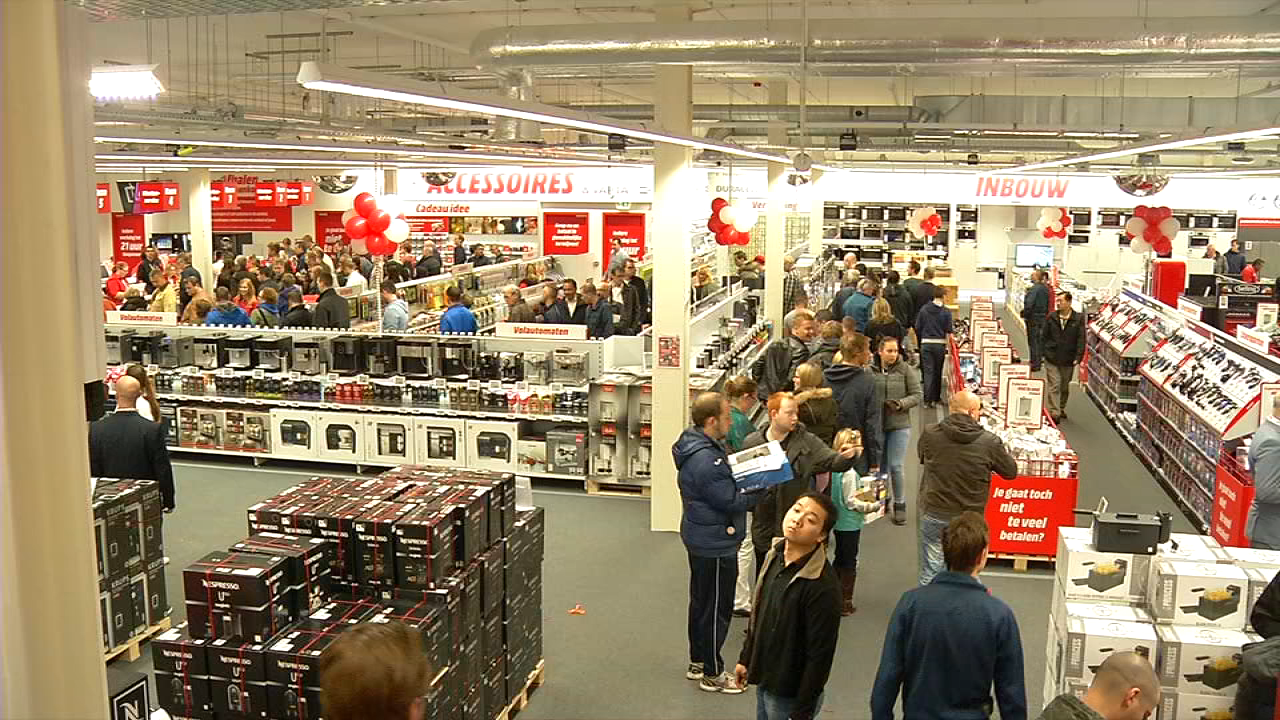 Enormously long queues were to be found at the opening of the new Media Markt superstore in Ekkersrijt industrial estate this morning. It is the second outlet in Eindhoven for the electronics company.

Items such as laptops, televisions, deep-fat fryers, ovens and Playstations flew over the counter. ‘I thought it was a great deal, couldn’t leave it. I even got up early for it,’ said one man after purchasing a Playstation 4 and three games.

Director Edwin van Ham opened the store. ‘This is the best Media Markt in the Netherlands. It has a great location. Parking here is much easier, for example, than at the store in the city centre,’ said Van Ham.

The opening of the new store will be celebrated for this coming week with various activities, such as an appearance by the boy band Mainstreet, and the Volendam-duo, Nick & Simon, will also be performing live.