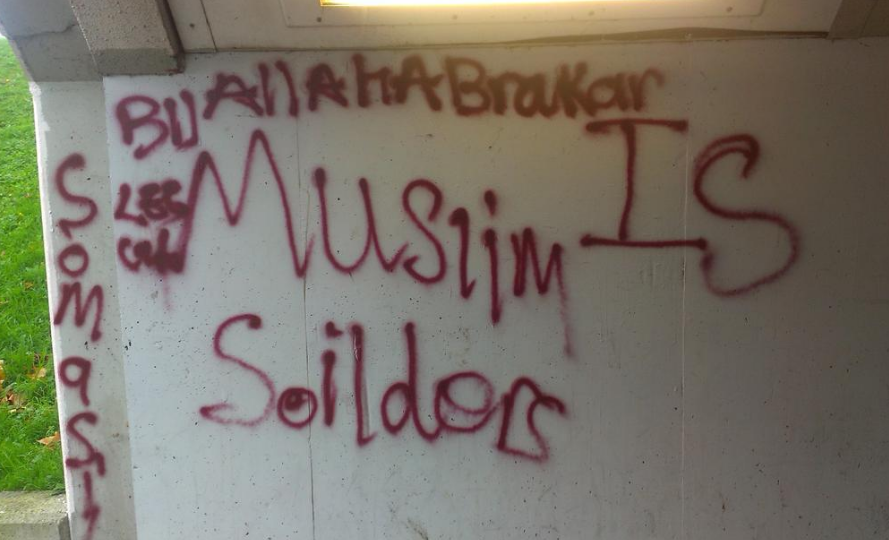 The IS slogans which had been written in graffiti in the Woensel neighbourhood in Eindhoven have already been removed.

In the bike tunnel in the Kruisstraat, slogans had been written in red characters, such as ‘IS’ and ‘Muslim soldiers’.

Last week the slogans also emerged in Eindhoven. There were statements like ‘White Power’ and swastikas.

These slogans were written on the bike path and on the garage in the ‘t Hofke district in Tongelre. The graffiti has quickly been removed in this quarter as well.