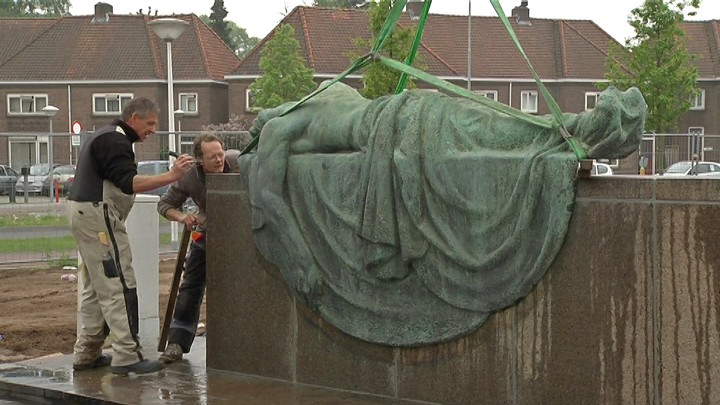 Employees of Philips who died during the Second World War were commemorated this afternoon at Strijp S.

The ceremony was held at the Philips War Memorial at Strijp S. The bronze statue of the reclining man has been erected in 1951 iat Strijp S. It has been placed in memory of the fallen Philips workers during World War II.

The ceremony began at a quarter to three this afternoon. The Philips brass band played at the celebration and a number of speakers took the stage. The ceremony was concluded with a wreath of flowers and music.