Home NEWS “A Pacemaker for the Brain” 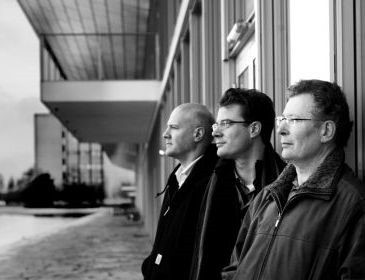 Medtronic, Inc. announced that it has acquired Sapiens Steering Brain Stimulation (Sapiens SBS), for approximately US $200 million in an all-cash transaction. Sjaak Deckers, Chief Operational Officer and Co-Founder of Sapiens SBS, explains their journey from a four-man “spin-out” in 2011 to a research centre of over 50 in September 2014.

"What we’ve done is basically create a special lead which connects to a pacemaker for the brain. It is very similar to a cardiac pacemaker battery that is implanted under the patient’s collarbone. The pacemaker is connected to a very thin lead diameter which instead of going to the heart, goes through the neck, up through the skull and into the brain, to a location about 8 centimetres deep, literally between your ears. The goal is to electrically stimulate two small brain structure areas at the base of the thalamus; the subthalamic nucleus or STN."

Chief Executive Officer, of Sapiens SBS added "Medtronic is a large US company that created the leading DBS therapy. To date, it’s been used to treat over 155,000 patients worldwide."

"Sapiens SBS represents the next wave in innovation for that therapy. It allows for potentially shorter surgery procedures and fewer side effects. Ultimately, it means this important therapy will be within the reach of more and more Parkinson’s patients. And we see plenty of potential for treating other related diseases by stimulating selected parts of the brain with tiny electrical pulses."