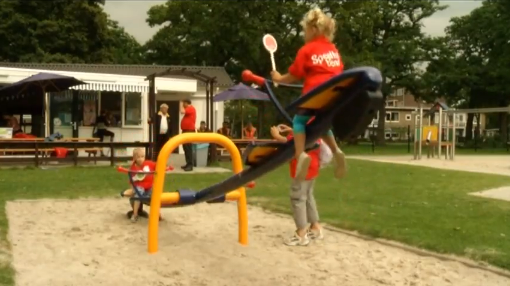 Children’s playground Philipsdorp has lately been made more easily accessible for people with disabilities.

On 6 September the ‘new’ playground will officially be opened by ‘De Speeltuinbende’ (The Playground Gang), a group of young people with and without disabilities, whose goal it is to have more accessible playgrounds.

This is an initiative of the NSGK, the Dutch Foundation for Disabled Children. "Here we all can play WELL", it says on a sign at the entrance. It should indicate that children with and without disabilities can play together in the playground.

In order to achieve this, the playground has been equipped with new outdoor toys. These toys are also accessible for wheelchairs, which is not possible in many other Dutch playgrounds.