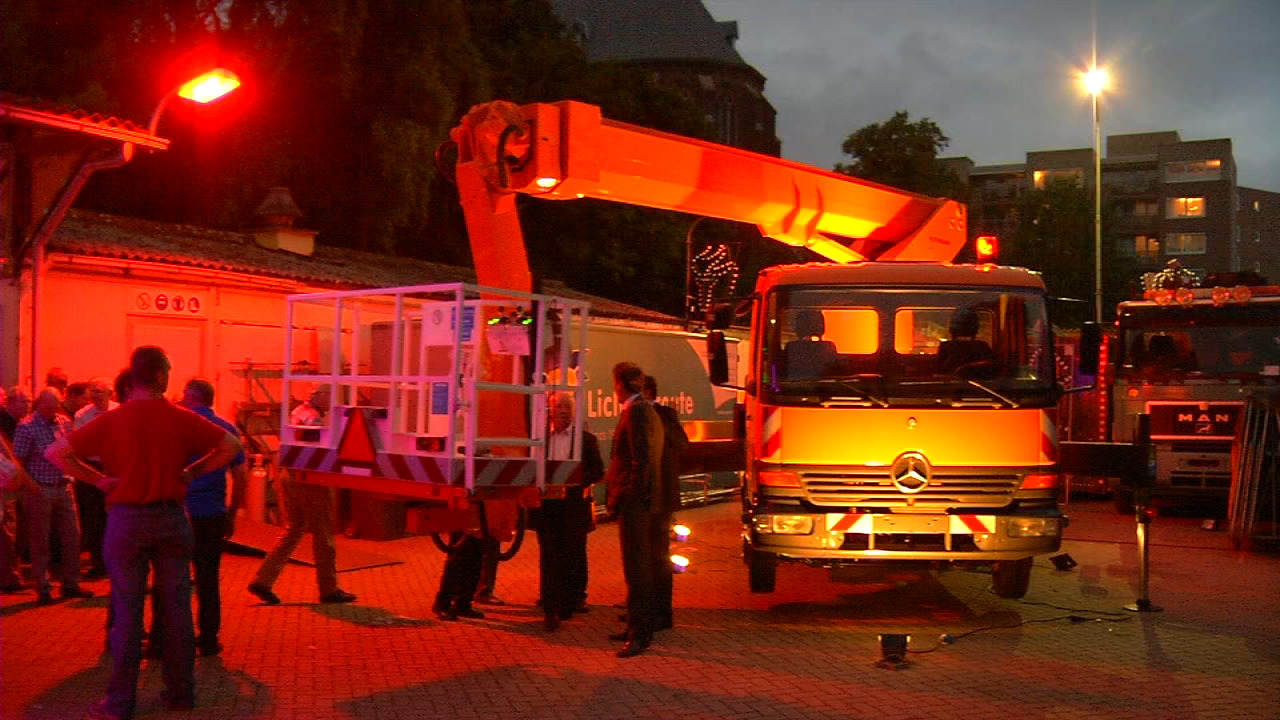 Yesterday evening the ‘Lichtjesroute’ (Route of Lights) came in the possession of a new aerial work platform.

This was made possible by a number of major and minor sponsors: the Friends of the ‘Lichtjesroute’. The proceeds of a self-organized lottery have also contributed. Last night the work platform was officially handed over in the Pastoriestraat, where the ‘Lichtjesroute’s "headquarters" are situated.

The platform is going to be used immediately for putting up the final ornaments properly.
However, some adjustments had to be made before the colossus could be transported. For instance, the speed limit was reduced to 30 km/h.

Preparations for the ‘Lichtjesroute’ are in full swing. Next week everything will be tested. On 18 September the lights will be switched on and they will be lit up till and including 12 October.