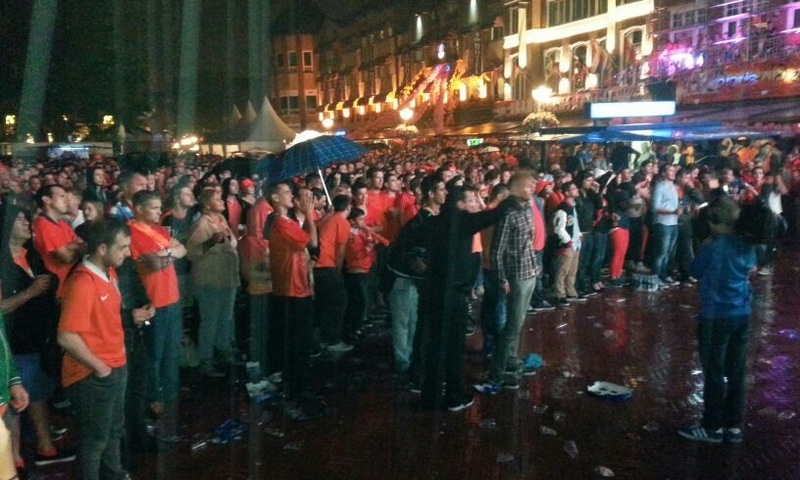 Dutch fans are able to watch the Dutch National Football team play Wednesday night on the big screens at either the Eindhoven Markt or at the Stadhuisplein.

The Dutch play against Argentina in Wednesday night’s World Cup semi-final match. According to a spokesperson from the municipality, two big screens have been set up on the Markt and at Stadshuisplein. These two squares can accommodate approximately 5,000 fans each.

Should the Dutch team make it to Sunday’s finale, the municipality will then determine which of the city squares will host the big screens where fans can watch the game.