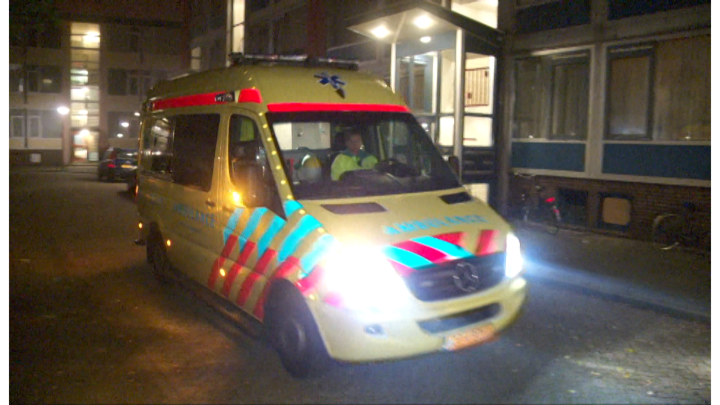 Early Sunday morning, there was quite a bit of commotion on Dr Berlagelaan. A man allegedly molested his former wife resulting in her family wanting to ‘seek compensation’. He fled into an ambulance.

It started when the man called 112. He reported that he was injured and was hiding in bushes on Dr Berlagelaan. An ambulance hurried to the spot.

Shortly after, the police also arrived at the scene and were approached by the woman. She had been hit by her ex-husband, she said.

The woman and her family saw the man getting into the ambulance and surrounded the vehicle. The police thought they were attacking the paramedics and called for help. Within no time the street was filled with police cars.

The 48-year-old man was arrested and kept in custody pending police investigation.