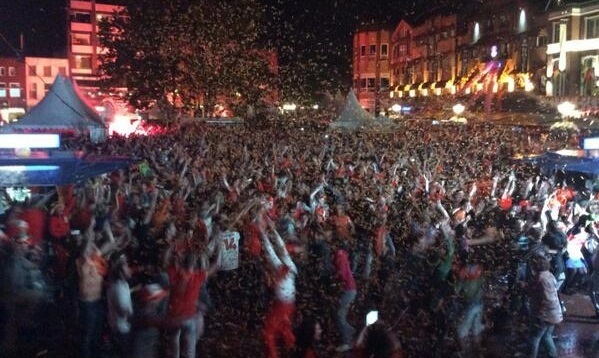 Thousands of people watched the Dutch Team beat Costa Rica on penalties at the Markt in Eindhoven Saturday night. It was the first time a huge screen was placed there during a World Cup.

This victory leads Van Gaal’s team to face Argentina in the semi-finals on Wednesday.

In the centre of the city, thousands of people had been celebrating ‘Pink Saturday’ the whole day already. The festive gay party smoothly transitioned into an orange party.