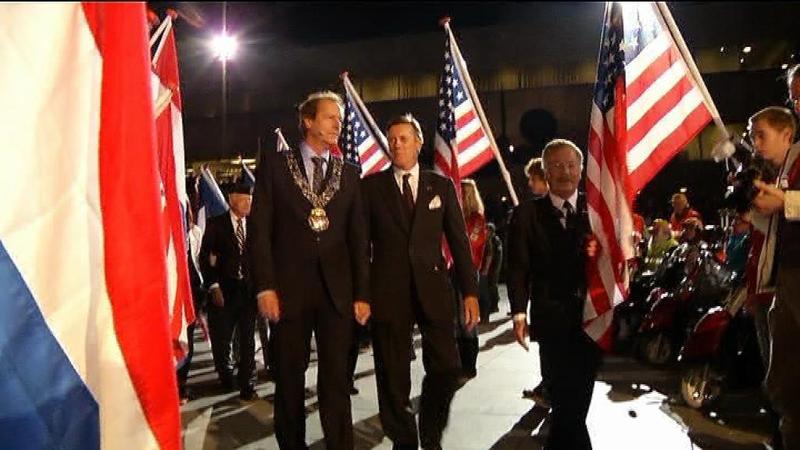 The 70th anniversary of the liberation of Eindhoven in World War II is going to be celebrated in a big way this year. Under the heading Remember September there will be several events before, during and after the weekend following 18 September, Eindhoven ‘bevrijdingsdag’ (liberation day). Some events are also celebrating an anniversary of their own.

The ‘Lichtjesroute’ (Route of Lights), for example, has existed in its current form for 30 years now, Ameezing Eindhoven celebrates its tenth anniversary and the Eindhoven Tunas celebrate their 50th anniversary with a festival in the city.

City marketing organization Eindhoven365 has ensured that all those activities do not get in each other’s way, but will reinforce one another. All this under the heading Remember September. As of today, all events can be found on the Remember September website.

Thus, on Thursday 18 September the usual parade will be held on the Stadhuisplein (Town Hall Square). A day later Ameezing Eindhoven will be organized there. In order to make all this run smoothly, the large ‘umbrella’ which traditionally overarches the square will be put up earlier, so that it can also be used for the parade. Furthermore, the stands that are going to be built for the parade, can remain there for Ameezing as well.

This year particular attention will be paid to the Eindhoven juveniles. For the first time there will also be a special Ameezing for kids, taking place after the regular Ameezing Eindhoven. Because of this, the organization is searching for children with ‘a story’, for whom freedom is not so obvious. They will sing songs and the audience can sing along lustily, just like during an ‘ordinary’ Ameezing.