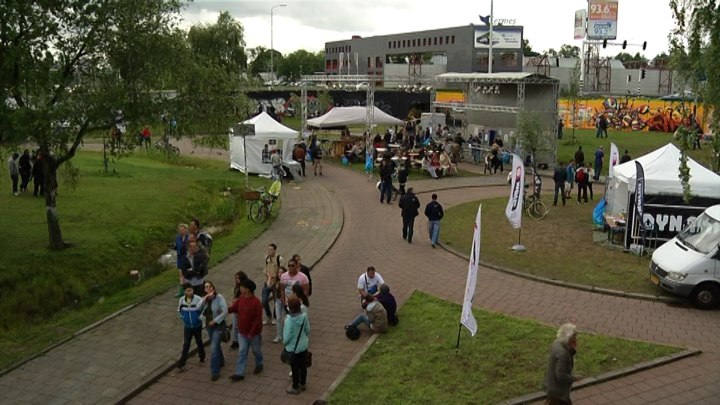 About 200 national and international graffiti artists will come to the Berenkuil this weekend for the fifth edition of Step in the Arena. The walls of the roundabout at the Insulindelaan have been painted black again, in order to allow the artists to spray new artworks on them. On Saturday and Sunday, visitors can watch the participants work in the flesh.

Top artists from countries such as America, Spain, Germany, Poland and Australia will start swinging their spray cans. According to Dynamo organizer Dave van den Berg, graffiti has developed into a real form of art. "Graffiti streetart only started to appear in the 80s and since then many different trends have emerged. During Step in the Arena all those trends can be seen", says Van den Berg.

To celebrate the fifth anniversary of the event, a special app has been developed. Using their smartphones, visitors can ‘tour’ the Berenkuil and meet the artists. The app can be downloaded from the Android Play Store and the Apple Appstore for free.

Not only the Berenkuil will be decorated during the graffiti festival, some Endinet ‘power houses’ will also be brightened up with artwork. Last year 10 of these small ‘houses’ were painted and this year another 10 will get a makeover.

Besides, in the inner city a pop-up shop has been furnished with all kinds of street art. The shop will be open until Sunday 22 June and can be found in former bookstore De Slegte on the Rechtestraat.