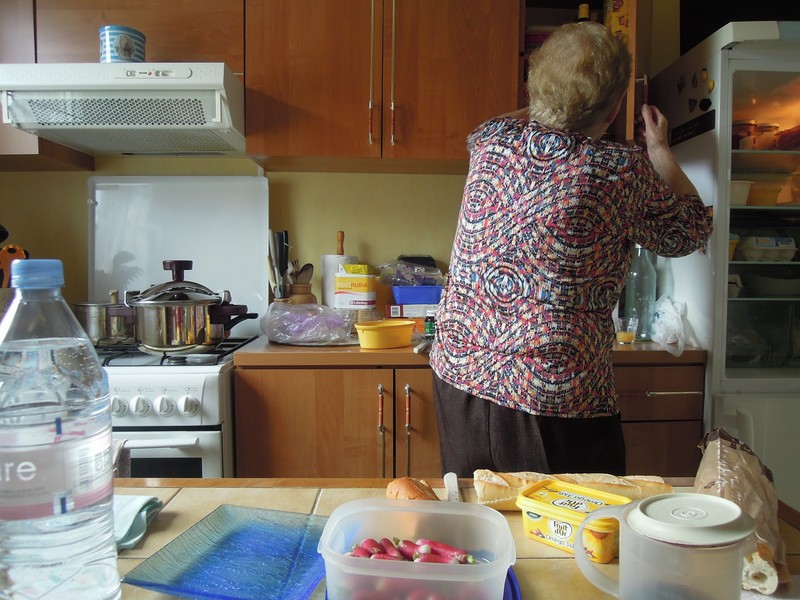 Families, you get them by birth, lovable, complicated and evident. However, I feel blessed to have an expanded family as well. From when I was a little girl until now in my independent life, all kinds of people became my unexpected relatives. I am not referring to in-laws or befriended aunties and uncles, but talk about the bunch of odd brothers and sisters and later sons and daughters, who became part of my Eurasian family, by chance.

I was pondering about this, driving with my Algerian ‘sister’ to my dear Italian-French ‘family’, with whom I have been connected since 1974. Forty years already, we’ve been intertwining our lives. It started some 100 kilometers above Paris.

Me and my – then – boyfriend were hitchhiking our way back to Amsterdam after a spontaneous trip to Paris the day before. It was not planned, but we liked to move along with the wind. Our wanderings through Amsterdam had brought us to many surprising spots. This time, we had met a man asking ‘riders to Paris .. Barcelona’. We said ‘yes’, of course. It was very cheap, even for us students. Early morning, we landed in an empty outskirt of Paris, the sharp scraping of a cleaner was the only sound.

As in Amsterdam, we now wandered all day through Paris and stayed for that night at an old school friend’s. Only after midday, we went to the first train station up north. From there, thumbs up to Amsterdam. Locals took us in and dropped us in the next village. Not much progress. The cold and wet night approached soon.

Suddenly, we were blinded by headlights .. the Italian-French couple. They just wouldn’t let us go on and took us home, fed us at the kitchen table, hot minestrone soup and homemade paté, and put us up for the night. Age wise, we fitted in the row of their children.

So our friendship started and soon enough we became each other’s family. In those 40 years, we have shared many joys and sorrows, marriages and births and losses. How rich, I feel: Eurasian, Italian, French, Algerian, and many other family members from all over the world.

‘Ciao, Mami, Papi’, I see them crooked and curved, but still só strong. They always make me wipe away my tears. I guess, it’s the feel of worldwide belongingness.

Carola Eijsenring, www.indigo-wereld.nl
Carola writes for Eindhoven News on a monthly basis, she writes about things happening in her life, subjects that touch the multicultural world of Eindhoven.