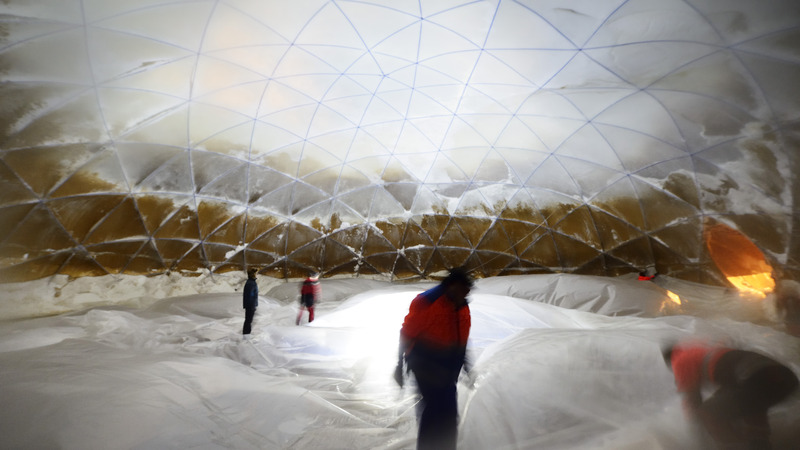 They did it: the TU/e students built the largest ice-dome ever.

The dome has a 30-meter diameter and is 10 meters high.

The Eindhoven team dealt with many setbacks. It was too warm to start building at first; then, someone accidently pulled the plug out of the air balloon which caused part of the dome to collapse.

Friday evening, the balloon was deflated and removed from the pykrete dome. Then, the strength of the ice was tested.

The Eindhoven students broke a world record with the Finnish dome. The Japanese had been holding the record with a dome 25 meters in diameter since 2001.

Saturday afternoon, at 14 hrs, the record-breaking ice dome was officially opened by the mayor of the Finnish town of Juuka.