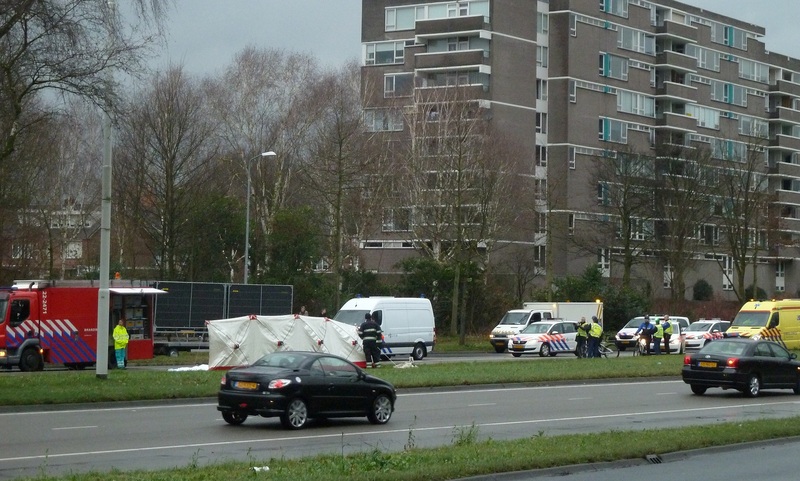 A pedestrian was killed Thursday afternoon in an accident at the Kennedylaan. The man suddenly crossed the road and was hit by a passing truck.

The truck came from the direction of the highway and was headed into the city. The pedestrian got stuck under the truck and died instantly. According to Omroep Brabant, the local broadcaster, police assume that it was a suicide. A trauma helicopter and an ambulance were on the scene.