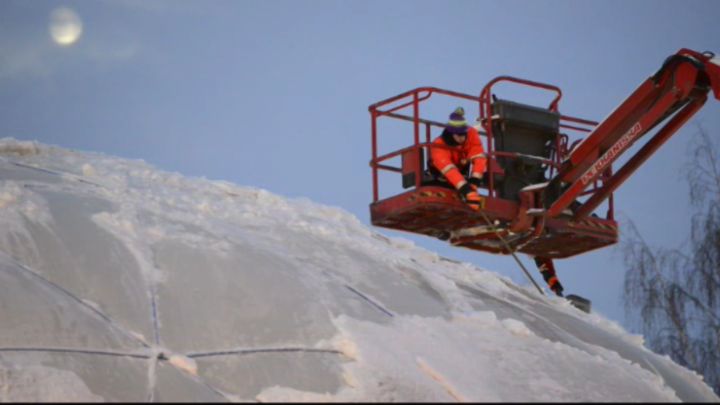 There are major problems for the TU/e students building an ice dome. They are trying to build the biggest-ever ice dome in Finland, but this has turned out to be quite a struggle. Project manager Arno Pronk told Studio040 that it even remains to be seen whether they will be finished before the opening on 18 January.

The team members are building the dome using a large air balloon, on which snow will be sprayed. One of the local Finns pulled the plug out of the air balloon, which caused part of the dome to collapse. As a result, the building was delayed by a day and the team definitely could do without another delay in Finland. The weather has not exactly been cooperating since the building started. For a long time it was too hot to start building the dome. ‘By now it has been freezing nicely for a while, but sometimes there is still a shortage of good snow’, Pronk said.