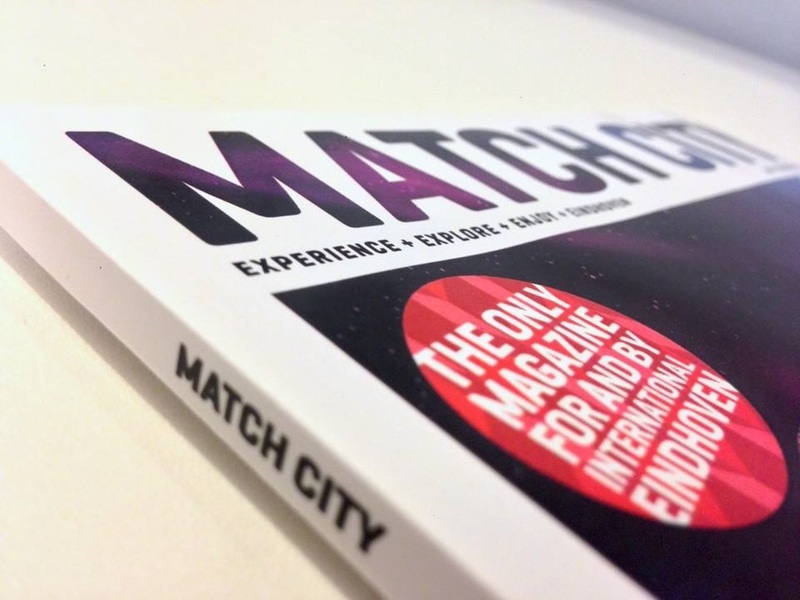 Last Wednesday saw the launch of the first edition of Match City, a magazine for expats in Eindhoven.

The 84 page magazine in English is made for Expats in the area and focuses on the Expat experience in the city.

The magazine is the brainchild of Joost Van Dijck of the Hub Eindhoven Expat centre, who felt this had to be a project for, and by, expats. Several months and many iterations later, "Match City " was born.

The magazine covers an array of topics such as stories about internationals living here and their experiences. It features topics as varied as wedding planning, restaurant tips, technology, history, design, nightlife, sports and of course, the ever popular Dutch and their ‘weird habits’ as seen through the expat lens. The stories mostly have contributions from the international community to give it a unique flavour.

Julinka Van Keulen, editor and designer of the magazine reinforces that it was an overwhelming effort to mobilize over 25 volunteers to put this together. She says
" Many of our volunteers are professionals and others are enthusiastic amateurs, some of whom have really surprised us with the quality of their work!"

Why the title Match City? The answer to this is highlighted in an article in the first edition, which is that Eindhoven was known as the city of light even before Philips, because of the match manufacturing industry in the city. However, Julinka reiterates, " Match City means much more than matches. It’s about matching people with the city, with each other, with culture, design and new experiences."

Curious to know more? Copies are available at bars, restaurants, hotels, hairdressers, major companies, The University and Schools. Grab your complimentary copy and join the excitement!