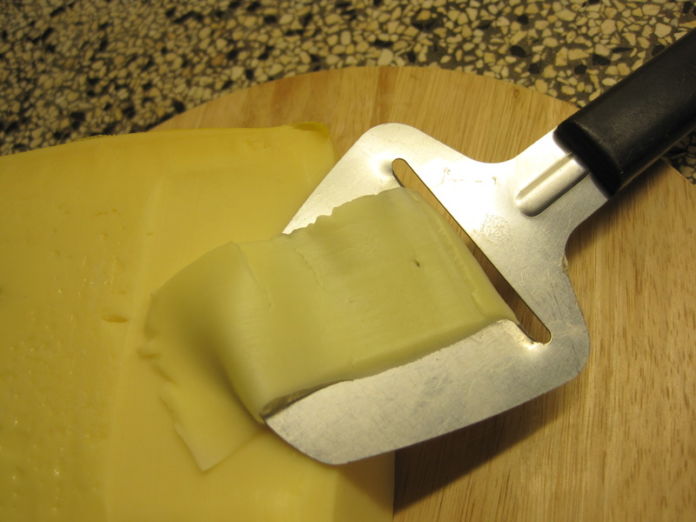 By Irene Martens Economical? Thrifty? Tight? It’s difficult to find an exact translation for the Dutch word ‘zuinig’; perhaps because ‘zuinig’ is something very typically Dutch, perhaps even copyrighted.

You know that the ‘pannelikker’*, the ‘kaasschaaf’*, the clip to close a half finished crisp packet and the wine vacuum sealer are all Dutch inventions? The French wouldn’t dream of sealing up a half finished bottle of wine; their solution? Finish it off and then open another one! At the risk of sticking my neck out, I think the Dutch are the thriftiest people of the world, (perhaps together with the Scots?).[nbsp] As the joke goes, between them they invented copper wire. Ever heard of a “koopjesjager”? They’re the ones camped out in front of the Kruidvat at 9am on a freezing January morning waiting to buy a toaster or set of ink cartridges on the first day of the sales. There are even some Dutch who prefer to buy a cactus for 5 Euro because it lasts longer than a bunch of flowers. When I visit my friend’s house I have to feel my way in the dark as they are on an energy saving drive; today’s focus on environmental protection means that there has never been a better excuse for being tight with electricity and heating.

Have you ever tried an Indonesian ‘rijsttafel’ (rice table)? The dishes are (or ‘were’ as happens with food that travels) Indonesian but the concept isn’t. When the Indonesian people started to cook their traditional food it was in big portions and the Dutch don’t like to throw away left-over’s so they made it into a new meal: all the scraps were served in small bowls together. It served two purposes: the economics and the chance to taste all different dishes. Don’t worry, the ‘rijsttafels’ you order now are freshly cooked! But just ask: ‘Is dit vers?’ But what do you expect? EVERYTHING in Holland Is so small.

To all fit in this country we have to squeeze in a bit. This is one reason. The other explanation could be the influence of the Calvinistic era. In this era the Dutch followed the teachings of a theologist called Johannes Calvijn. People interpreted his teachings as needing to be moderate in showing emotions, not exposing wealth, living soberly, enduring suffering, and having a strong work ethic; in short live sparingly and with restraint. The upside of the Calvinist mentality is that it encouraged hard work, honesty, integrity and respect for authority. That is what has helped to make the Dutch trustworthy business partners. Of course many people in Holland can still remember what it was like to suffer the years of extreme hardship during the Second World War, when food was scarce and nothing was wasted, and this has also influenced modern Dutch behaviour. In recent years (at least before the financial crisis) the Dutch have started to lose their old thrifty habits and are now living as lavishly as the rest of the world, but you can find a ‘kaasschaaf’ in every household.

For final proof of Dutch thriftiness, check out this link on how to refill a Nespresso coffee capsule http://datkantochniet.blogspot.com/2009/04/hollandse-zuinigheid-nespresso-cups.html.

*Pannelikker: kitchen tool, a long (30 cm) stick with a plastic piece right-angled at the end that looks like a half circle to scrape out the last bit of pudding or yoghurt[nbsp] from a bottle or carton. *Kaasschaaf: kitchen tool, to slice very thin slices of cheese. [nbsp] Empty pockets never held anyone back.[nbsp] Only empty heads and empty hearts can do that ”.[nbsp] ~Norman Vincent Peale Irene Martens has lived abroad for 19 years across the globe. She has recently moved back home to The Netherlands and started coaching expats. If you would like to reply or like to raise a subject (please do!) mail to info@eindhovennews.nl.