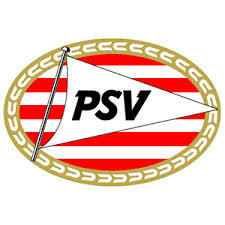 The Dutch are a fit bunch, thanks to all that cycling and a sports centre around every corner.[nbsp] But they may owe a little bit more than they know to an Englishman.[nbsp]

Because David Burrow brought the health club to the Netherlands. Born in 1971 in Chester, North-West England, David was involved in sport from an early age.[nbsp] Football was (and still is) his passion and led to stints playing with English teams [nbsp]Chester, Crewe Alexandra and Tranmere Rovers and later into coaching, thanks to Frank McParland, former joint chief scout at Liverpool Football Club and the then head of the Liverpool Academy ,[nbsp] a special training scheme set up by the club to help develop young players . After an initial coaching course in the U.S.A., David spent several years gaining his full FA (Football Association) badge, combining this with studies in a myriad of other sports-related subjects including physiology and sport rehabilitation at the national coaching centre in the UK.[nbsp]

A change in direction came with a job offer from the Royal Berkshire[nbsp] Club, at that time the health and fitness industry’s most prestigious club, frequented by the Royal family. By this time married to Sarah and with 3 young children, he relocated to the South-East of England. Within two years David had won a coveted manager of the year award and had been approached by Cannons, a health and fitness company with 55 clubs in the UK, to join them in North London.[nbsp] A year later, looking to expand its operations into Europe, Cannons asked David to set up their business in the Netherlands and he was happy to accept the challenge. Their first club opened in Veldhoven in 2000 and its success was little surprise – the Netherlands [nbsp]already had a tradition of small gyms based around tennis clubs but the concept of large, fully-integrated health and fitness centres incorporating everything from gym instruction to saunas to restaurant facilities all under one roof was an entirely new phenomenon.

Plenty of room in the market meant Veldhoven was quickly followed by clubs in Dordrecht, Utrecht and Rotterdam – for each of which David was personally responsible for every aspect, from identifying the location for the new club to interior design, marketing, recruitment of staff and the subsequent management of the up-and-running club. Cannons had just opened a club in Amsterdam when they informed David of their intention to sell the Dutch side of their operations to The David Lloyd Leisure Group (currently [nbsp]one of Europe’s largest racquets, health and fitness operators). [nbsp]Cannons wanted David to figure prominently in the transition.[nbsp] David’s subsequent employment with the Group saw the inauguration of clubs near Rotterdam, Brussels and later in Barcelona.[nbsp] The club in Brussels, marvellously-located in the foundations of a chateau, was an enormous hit and demand for membership was such that people paid full fees in advance just to go on a waiting list with no guarantee of a place. [nbsp] Just as h [nbsp]e joined the ranks of the pioneers of health clubs in the Netherlands, so it is perhaps appropriate that David belong to one of the first organisations to bring the tangible benefits of health and fitness into the public eye. [nbsp]David is now employed by ACHMEA, one of the largest insurance companies in the Netherlands, as a Retention and Project Manager for its ACHMEA Health Centres, a chain of 35 fitness clubs. Recognizing the evidence that exercise plays a crucial role in the prevention of ill health, ACHMEA offers discounts on medical insurance for members and discount on club membership for ACHMEA policy-holders. With the current trend for personal fitness trainers, and recognising the lack of standardised training for the job, ACHMEA also ensures that all its instructors go through rigorous training recognised by the European Register of Exercise Professionals (EREPS). Affable, modest and level-headed, David makes no bones about his path to success.[nbsp] “I’ve worked my way up through just about every position in the business, from part-time life-guard to manager”. So what of his private life? What does he like about the Netherlands and Eindhoven? “The culture is very relaxed”, he says.[nbsp] “The people are very similar to the English, certainly if you compare the North of the UK to the South of Holland”.[nbsp]

He has no real intention of returning to the UK just yet.[nbsp] He likes the multi-cultural aspect of Eindhoven and the ease with which one can drive to anywhere in Europe. How is his Dutch? [nbsp]“I had to make the conscious decision that I wasn’t going to speak to any of my colleagues in English otherwise I wasn’t going to get anywhere with the language”.[nbsp] His strategy worked. [nbsp]After 7 years in the country, his Dutch is pretty fluent. And, given his passion for the beautiful game, THE most important question of all:[nbsp] what does he think of PSV? “I would be lying if I said I didn’t smile when my home team, Liverpool, beat them in the last 2 Champions’ League matches” he says.[nbsp] He pauses , then adds, in his typically diplomatic fashion, “But if I WERE to support a Dutch team it would be, of course, PSV”.