Did you know that Europe has 2000 (!) different bee species but that only one – the honey bee – produces honey and lives in large colonies?

The majority of the others bees are called solitary bees, and they have an even more important role in pollination! And they are beautifully diverse!

The Netherlands alone has 358 different species of wild bees! And again, the well-known honey bee is only one of them. Some are very scarce, some are very small, others are quite big, and others quite common.

Get to know some of the wild bees

Mason bees (metselbijen in Dutch) nest in existing holes and cavities, in trees, stumps, hollow stems, and brick cracks or window joints. They are frequent users of bee hotels as well. And they are harmless. In each hole, they lay several eggs, each in a separate compartment, with a portion of pollen the larvae will feed on after hatching. When done, it covers the entrance with mud to prevent parasites and predators from creeping in.

Mining bees (zandbijen in Dutch) dig holes on the ground to make their nests. These holes can be quite long for the bee’s size, reaching up to 30 cm long. They prefer sandy soils (hence their Dutch name), which are much easier to dig in. Just like the mason bees, they make sure their offspring have a meal of pollen when they hatch.

The large-sized, furry bumblebees (hommels in Dutch) also belong in the bee group. Bumblebees are social insects, growing small colonies every year, from a few dozen individuals to hundreds of them (depending on the species and the amount of food available). Their nests may be made inside holes in the ground (often in old mouse nests!), under stones, or hidden at the base of tall grasses.

Apart from being a fun activity outside, counting bees in our garden or balcony helps researchers to get a picture of what is happening with the bees’ populations in the country. From the 358 species that exist in the Netherlands, more than half are have been declining in numbers over the past decades. The more we know about them and how many there are, the better we can protect them.

In this year’s edition, a record number of 11.144 people joined the initiative, and more than 201.000 bees (and flower flies) were registered! In Eindhoven and its surroundings, around 160 people participated.

Nationwide, the most observed bee was the honey bee (more than 55.000 individuals). Second place went to the Red Manson Bee (Rosse Metselbij). The common Buff-tailed and White-tailed Bumblebees closed the podium (these two species are counted together as they are extremely difficult to distinguish). If you are curious, the complete results can be found here.

Even though the national event is over, you can still go on a bee-searching expedition to your nearest green area! Here you can download a simple, handy flyer with the most common bee species and some other look-alike’s. There is also a more extended guide available (only in Dutch).

A wildlife ecologist fascinated with urban nature: the wild animals and plants that live with us in the cities! He is the person behind Wild Eindhoven: a one-person company on a mission to help everyone discover and enjoy nature in the city, from city parks to our home balconies! 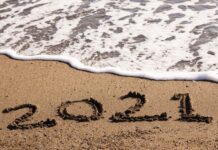 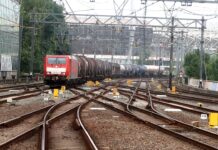 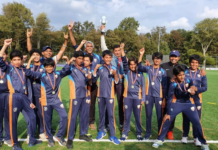 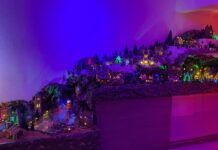