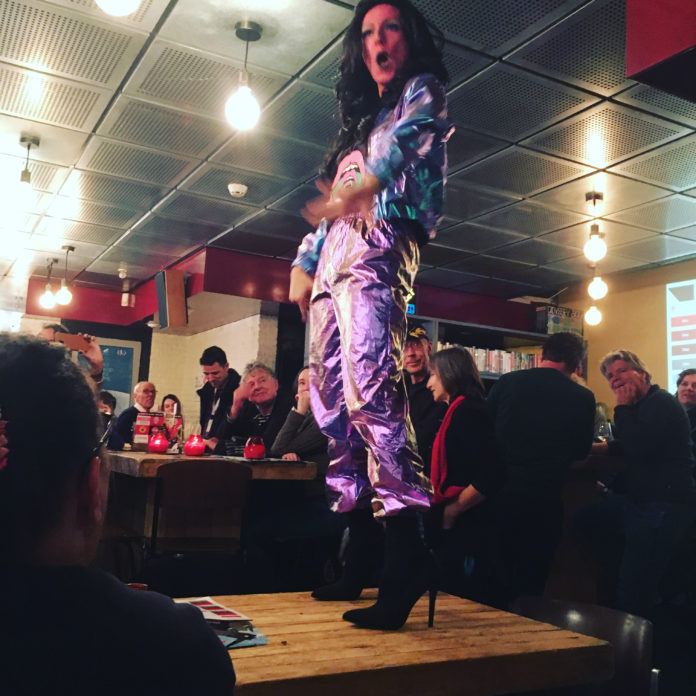 This weekend the Eindhoven Documentary Festival Docfeed had it’s 7th edition at Lab-1. They welcomed about 70 filmmakers from 30 different countries.

For those who missed this years’ edition here is a short impression from Frank:

‘Same reel, new house’. This was the slogan of Docfeed 2020 to make clear that the audience could expect the same quality of films, but now on a different location. For 6 years Docfeed had activities at the Temporary Art Centre, in front of the PSV soccer stadium down town Eindhoven. First, they tried the environment of Natlab at Strijp-S, but in a short time it was already clear that this wasn’t meant to be. They missed out the perfect fit for the special Docfeed vibe and they found this finally at Lab-1. This is a famous film spot in Eindhoven, because it’s very well known as a cinema for more than 40 years. In the 80’s it was called Eurocinema and during this millennium the film fans could visit it under the name of Zien.  Since two years the new name is Lab-1. A name which emphasizes that nowadays this location is not only a cinema, but also a nice place for dance parties or a venue for other cultural excitement.

Coming back to Docfeed, there was a lot to enjoy and discover at the 7th edition. You could notice that this festival is growing every year and the quality of the films is getting higher every year. The interesting thing of the various films is to get a nice insight to several topics and (sub)cultures. From themes nearby, made by Dutch filmmakers (like the films ‘Mies’ and ‘May divorce be with you’), to topics which seem almost too far away to imagine. To this latter group we mention two very different films. A postcard from Pyong Yang gives a unique movie of two German guys that stay for a week in the North of Korea. Only when they’re back home they realize that they covered some unique moments of film. You’re at the edge of your seat from the very first minute. What a rollercoaster. And you can’t stop thinking what a blessing it is to live in a free country like the Netherlands. The other film is totally different; Sisters. Fantastically edited, the filmmaker gives you an insight of the lives of Sisters living together in Poland. Of course, they are totally devoted to their job and religion, but most striking is the humoristic storytelling. Storytelling at its peak.

With Lab-1 Docfeed seems to have found its new home for the upcoming years. And the film fans from Eindhoven rewarded this choice with their visit. You should definitely be one of them next year.