Home FEATURES A Tragedy of the Commons – Part 2 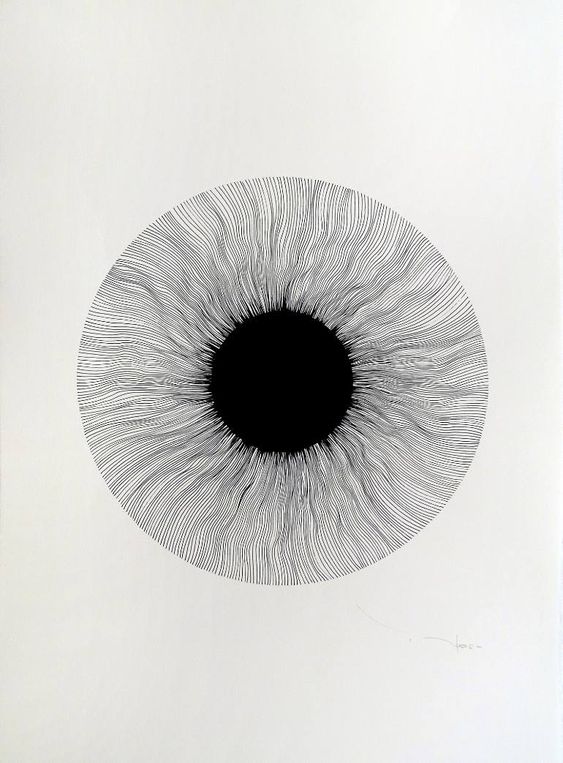 I would like to begin with by asking: are we living in a delusion? An idiosyncrasy belief maintained despite being contradicted by the environmental reality and scientific data? Please, stop and take a look around. Is it this the glimmering of our existence?

A regret for the mistakes of yesterday must not, however, blind us to the tasks of today. Warren G. Harding.

As soon as the human becomes aware of its consciousness, it begins to believe that the center of the universe revolves around her/him, that there is no other authority to invoke, a diagnosed schizophrenia, with the only purpose to protect ourselves from hearing the truth: the natural environment is dying.  It seems that we have not stopped in order to think in the repercussions of our mistakes and we refuse to contact the reality that we have created.

Changing our behavior towards the natural environment it’s, not something that will be borne immediately. However, one might ask: Why the environmental problem should be a situation where we get the pleasure now and suffer the consequences later?

You can’t deny that technology helps us in our daily life. For example, it can decrease costs by providing access to information, enabling timely and informed decision making, among other things. Nevertheless, for the environmental problem, there is no technology as easy as a spell checker available to help us. What is the problem then? Are we having trouble translating the information that we received about the environment (e.g. climate change) into terms that make sense to us, like trying to order a dish from a menu in a language we do not understand?  What are we waiting for? For example, if you have a rare disease that requires immediate medical attention, for how long you will wait? Is it a difficult decision and a challenge to cooperate for the good of humankind and the natural environment?

The Commons in Eindhoven

The transition to a low-CO2 energy supply that is safe, reliable and affordable is a challenge for Eindhoven. The challenge affects us all: the public, businesses, government authorities, and non-governmental organizations.

On the ninth of May 2019, an Energy Dialogue at Kazerne Eindhoven was hosted by Eindhoven Innovation Cafe [1] and CommUnity [2] by InnoEnergy to promote debate and actions around the European Energy Policies and sustainable Energy targets in Eindhoven. The event was titled: Energy Policy Made Simple. Before the event, some of the expectations were: why do we need it, how do we go about it and what is its impact in Eindhoven?

The event started with the Councilor of the City of Eindhoven Miriam Frosi with the project “Sustainable E40” based on the slogan “Think Globally, Act Local”. Miriam Frosi exposed some of the requirements to meet the Paris Agreement Goals in Eindhoven, such as the use of Circular Economy (e.g. zero waste), monitoring CO2 emissions and an overview of the Energy-Climate Agreement that targets less CO2 emissions on Electricity, Build Environment, Industry, Agriculture, Land Use and Mobility.

Miriam Frosi stated that Eindhoven, the smartest region of the world with around 1.4 Megatonnes on CO2 emissions per year, is working on a sustainable future (e.g. Energy Saving, Smart Mobility, and Renewable Energy), with a coalition agreement between the government and the industry that aims to:

According to Miriam Frosi, the city council of Eindhoven is making the possible to let citizens participate in the future of the city; because being smart is not enough to make a change. The city council of Eindhoven stated that in order to reduce CO2 emissions it requires a connection, innovation, and subsidies. On the other hand, one of the main challenges of the city is financial. Eindhoven is facing budget problems to implement strategies and projects in the context of Energy transition and therefore the city is not doing enough as it was expected.

The next presentation was “Local Climate Policies and Actions” by Alfredo Verboom, the policy-advisor on sustainable energy for the city of Eindhoven. Alfredo Verboom exposed that the targets for Climate Regulation in Eindhoven are:

Currently, according to Alfredo Verboom, the major polluters in Eindhoven are classified as follows: Buildings (52%), Mobility (30%) and Industry (18%). As a result, Eindhoven requires a radical system change in Transport and Heating Buildings. Nevertheless, the CO2 emissions of the Airport of Eindhoven were not included in this study.

With the goal of zero emissions in Mobility, Alfredo Verboom told that Eindhoven is increasing the demand for Electrical Vehicles (around 1400) and Solar Panels (approximately 140,000).  On the contrary, the Heating Buildings (i.e. Houses, Buildings for Commercial and Public Services) have a total natural gas consumption of 347.302 tons per year. Alfredo Verboom explained that the potential alternatives for the centralized Natural Gas system in Eindhoven are: Waste-heat, Geothermal, Biomass incineration, Solar and Thermal Energy. In order to meet the strategic goals, the city of Eindhoven requires financial and national regulation development.

Unfortunately, the city council of Eindhoven did not consider the Energy Policy as a social issue; but only as a technological issue. The transition to a cleaner, greener energy system profoundly affects not just individual lifestyles and livelihoods but entire societies, economies, even political systems. Prompting deep changes in the way people live, work and move around, calls for greater involvement by consumers and citizens in relevant decision-making [3].

The transition towards zero carbon emissions requires the cooperation and collective effort of all of us. Despite the challenges, the city of Eindhoven, The Netherlands and the world are slowly but surely solving the Energy technical problems. Nevertheless, we seem to be in an environmental crisis where society is not addressing the problems that threaten their survival.

Behaving in a pro-social way means that one does something for someone else. For example, pro-social behaviors are being friendly and being cooperative. It is a social behavior that “benefit[s] other people or society as a whole” [4]. Moreover, what if we extend this definition to include the natural environment? What if instead of benefit only human society and ourselves, we benefit the environment as well?

According to neuroscience (i.e. the scientific study of the nervous system) report [5], in order to be pro-social, the human brain requires at least three motivations:

In general, the social structures were we developed as humans are more focus on social norms rather than in environmental norms. Therefore, What does it mean to be pro-environmental? Pro-environmental means the individual behaviors contributing to environmental sustainability (e.g. limiting energy consumption, avoiding waste, recycling, etc.) [6].

The [environmental] problem [is not only a] technical solution; it requires a fundamental extension in [human] morality. Garrett Hardin

As a result, by knowing what drives people to cooperate and in which situations they cooperate, is easier to develop and implement rewards, strategies, environmental norms and policies to create a pro-environment behavior.

For example, if you think carefully, a reward shows subjective rather than objective value. The main reason is that as humans we tend to make irrational choices and this irrational behavior is observed when emotions are involved. Even though, whenever we received a rational reward, our brain becomes active and therefore a behavior can become optimal and rational involving emotions. Therefore, one might ask:

It is easy to transform time into money, just as electrical current can easily be transformed into light and heat. What is insane and ignoble about that stupidest of all maxims is the underlying assumption that “money” is a supreme value. Herman Hesse

As we understand more about the processing of reward in the brain, it may be possible to inﬂuence our own brains and those of future generations to reward the things that are actually rational for us in the longer term, for example, the natural environment.

In the natural environment context, freedom of choice has hardly been the guiding principle. Command and control policies is what governments often applied by incorporating the environmentally friendly technologies (e.g. hybrid vehicles) that it prefers or the requirements of reduction in certain emissions (e.g. emit 90% less carbon monoxide for new vehicles, ambient quality standards, etc.).

Nevertheless, the situation is clear. Those who pollute (i.e. all of us) do not pay the full cost that we impose on the environment and those who are harmed by pollution (i.e. all of us) usually lack a way to negotiate with polluters. This situation is what is called “transaction costs” [7]. As a result, the cost of entering into voluntary agreements are high and there may be no way to avoid a government action (e.g. environmental policy). Henceforth, one might ask:

According to Mike Hume: “Crafting increasingly consensual reports of scientific knowledge, or levering more engineering and technology, will alone never open up pathways from research to the public imagination or the execution of policy” [8]. For example, Do you think we are having trouble translating aspects of the environment situation into terms that we can easily understand? Have you ever imagine what physically represents one ton of CO2? What if we use creative visuals to deliver a CO2 message to transform abstract numbers into something that we can understand and engage within Eindhoven? That is basically what Carbon Visuals does [9] by making sense of big environmental challenges – climate change, air pollution, water and resource use – at the personal, local or global level.

In general, as humans, we believe in what we see, on what it is tangible. Therefore, do you think is reasonable to expect that governments, organizations, policymakers, society and ourselves create physical awareness about the impact of our actions on the environment and not only facts and figures?

The successful implementation of the Energy policies and targets implies major changes in how energy is sourced, distributed, and consumed. All these aspects shall be collective, an effort of all of us in designing Energy policies which are fair, effective and aligned with our daily lives. Energy policies shall have a broader perspective than either technological fixes or a narrowly defined goal of low or zero carbon emissions to avoid the tragedy of the commons.

The work that should be done at the present time is a cooperation affair. For those who have understood that the world is one (e.g. Finland, Iceland, Sweden, etc. [11]), it is obviously absurd that the parts and limbs of this whole should harm one another. As humans, we are members of the whole and each of us should contribute to the welfare of the rest.

For instance, can a hand or toe keep on living apart from the body? Can it serve any useful function? The eye cannot say to the hand “I do not need you”. Therefore, there should be no division, but a mutual concern of one another. If one member suffers (e.g the natural environment), all other members suffer as well.

[6] Mesmer-Magnus, J., Viswesvaran, C., & Wiernik, B. M. (2012). The role of
commitment in bridging the gap between organizational sustainability and
environmental sustainability.

You can read the first part here. 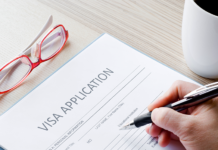 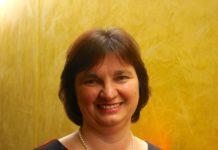 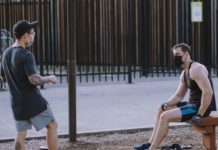 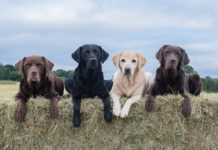