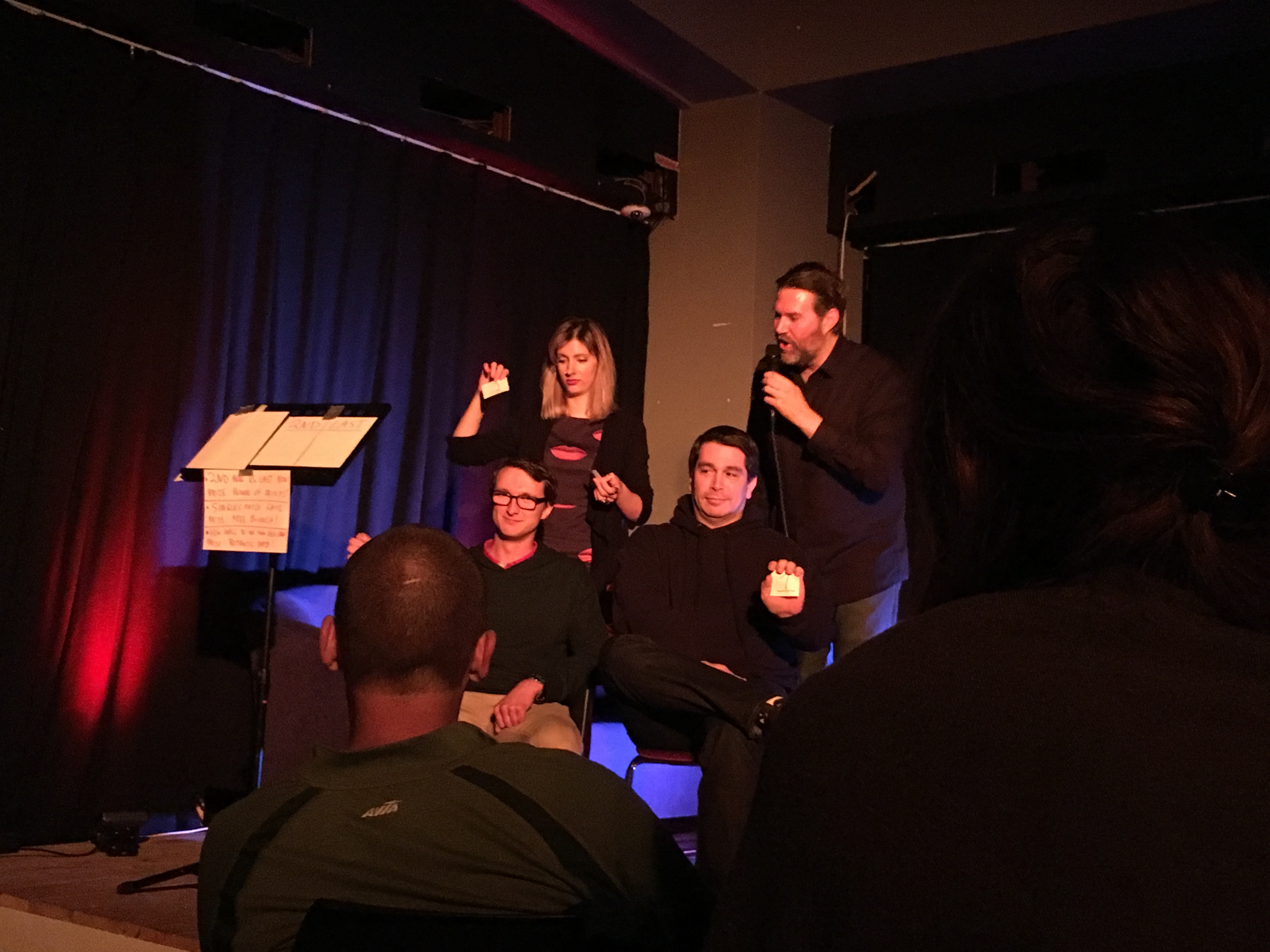 The Hub Eindhoven regularly holds Comedy Night events where they invite stand-up comedians. I went to one of them on the 23rd of February.

Starting at 20:30hrs, I found myself surrounded by a full crowd already there for half an hour before the show started. Considering that it was Friday night at the Hub, you can expect many people who are not necessarily there for the show, but seats for the comedy were filled up pretty fast as well – you have to buy a ticket to get a seat. The combination of the audience and the Friday-ers, so to say, packed up the whole Hub space.

Before the comedians, Joe Eagan, the host of the event, came up to the stage. Being the ice-breaker, he started off with some jokes alongside interacting with the audience in the front row. The instant connection between Joe and the front row audience, all from Canada, seemed to work really well. 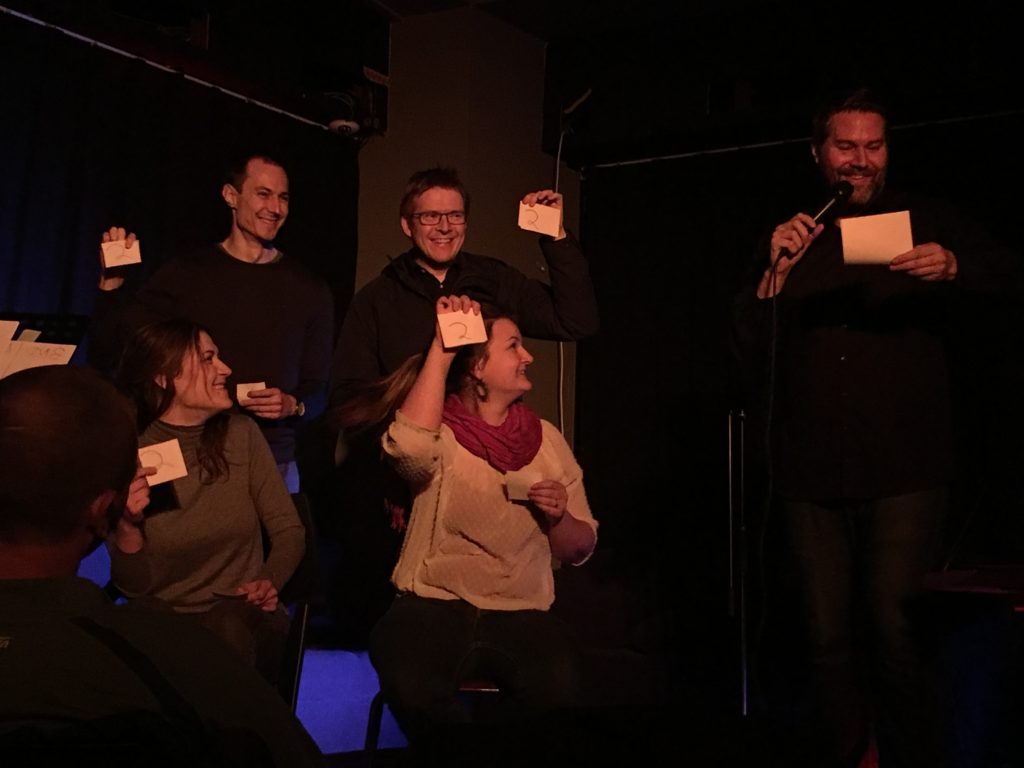 Joe called up some of the audience on the stage. He prepared some games that would make all of us laugh, warming the atmosphere in the Hub at the same time.

He then introduced the first comedian from UK: Sally-Anne Hayward. 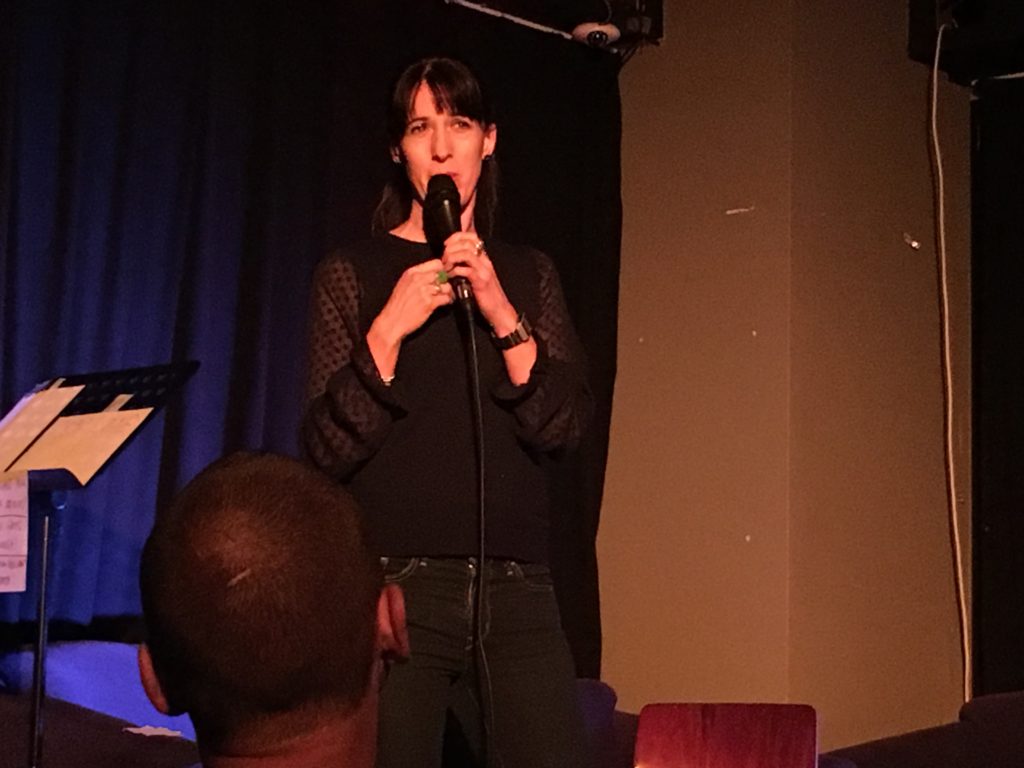 Coming from UK, Sally-Anne Hayward began the performance with asking if there is anybody from Britain. There were a few. Including the guys from Cambridge, she started off with teasing the audience in the front row. With her quick-witted jokes going around in the Hub and slapping everybody on the head, the audience couldn’t stop laughing. Topics she brought up were about things in your daily life (e.g. high-maintenance friends, relationship, and your best friend’s mom) that everybody can relate to. Then she twisted the view a little bit, making people realize things that they should have realized long time ago. Jokes were bitter-funny, and down-to-earth in contrast to the ones of the next comedian, Alan Francis, who used a lot of storytelling that requires audience’s imagination. 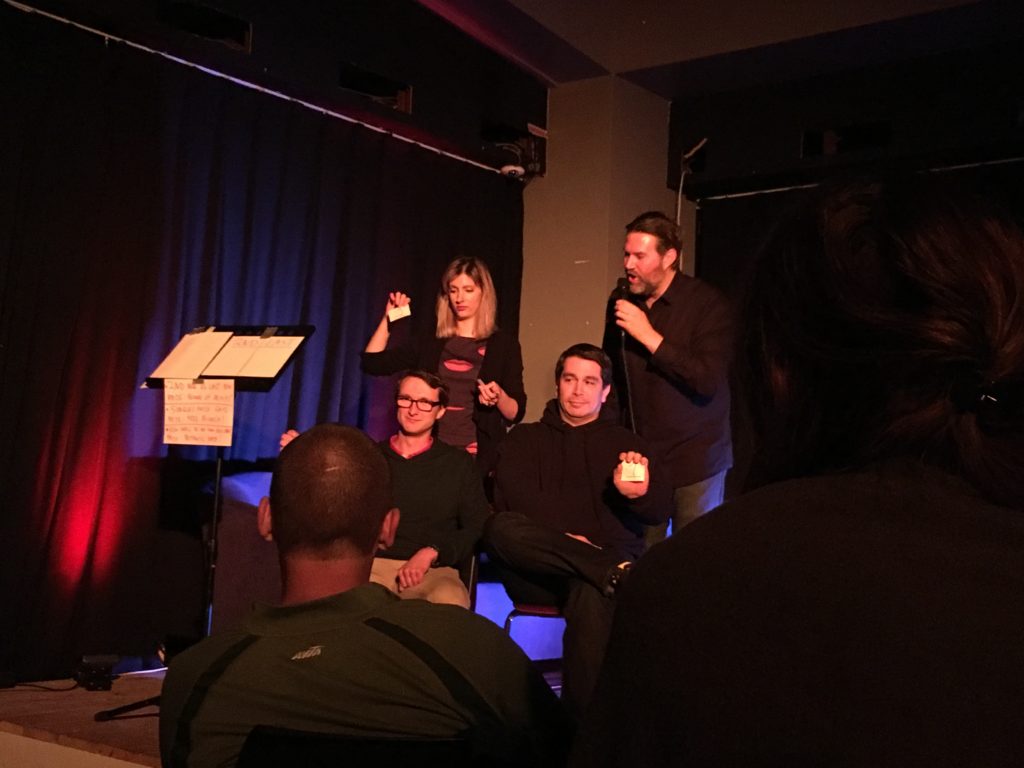 After the intermission, Joe again came up to the stage and ran some “match-making” game to connect the audiences. There was one girl and two guys who got pushed by their friends to be on the stage. I don’t remember which one of the guys she chose or if she chose at all. I wonder if anything went on after the event.

Then he introduced the second comedian to perform: Alan Francis from Scotland. 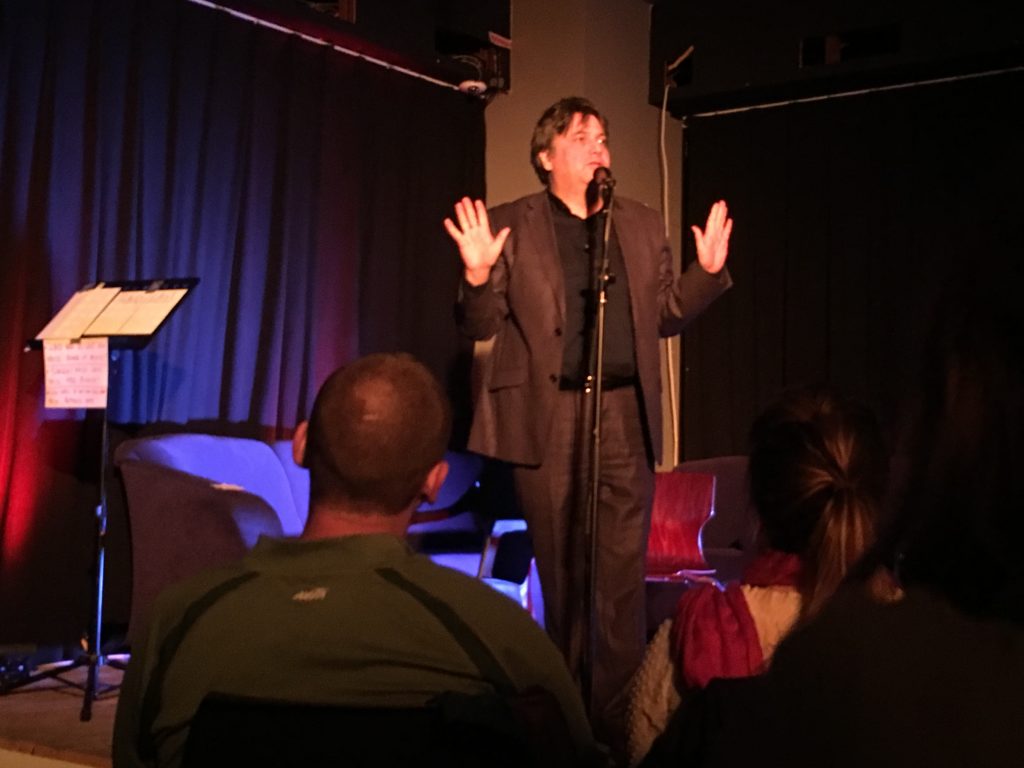 Starting with a fat-joke (commonly used comedy style; comedians making fun of themselves for being fat and unattractive), Francis was captivating the audience with his storytelling that projects vivid images in our head. When he was describing a scary Scottish church he used to go to that played intimidating music, he could make audience feel like that they are there with him at the church, feeling ridiculous. That drew a lot of laughter out of audience. He got us to imagine a 14th century prison where they kept Galileo for insisting the earth is round. He then described that Galileo would have been bullied by other prisoners for being too nerdy and pretentious. The audience couldn’t stop laughing.

There’s no music, no dancing, no visual splendid-ness. Comedians just talk. However, that was more than enough to keep us entertained for two hours. People keep buying tickets for stand-up comedies. It sells. Why? Because comedians are some of the best storytellers. They input tangible images in your head by telling you numerous anecdotes. They then twist the perspective and show that things we take as normal and don’t really notice in daily life can actually be quite absurd. They are never too serious about topics. They just show it, and make fun of it by exposing the preposterous side of it. It makes you laugh and think at the same time.

“Yes, I enjoyed the comedy show on Friday”, said Paula Rivasto, a Finnish expat, to me when I asked her if she liked the show.

Being a fan of stand-up comedy myself, it was actually the first time for me to be at a live performance (I usually watch the YouTube videos). Laughter is contagious. You get to laugh even more when people around you laugh with you. That was what happened at the Comedy Night event. It was a good way to burn up a Friday night by laughing up the place for two hours.

The next comedy nights at the Hub will be as follows:

May 18 – with Aideen Mcqueen (Ireland) and Geoff Whiting (UK)

7 February 2023
The boas in the city will hand over a petition to the Eindhoven city council next Tuesday. The enforcers have been fighting for a...