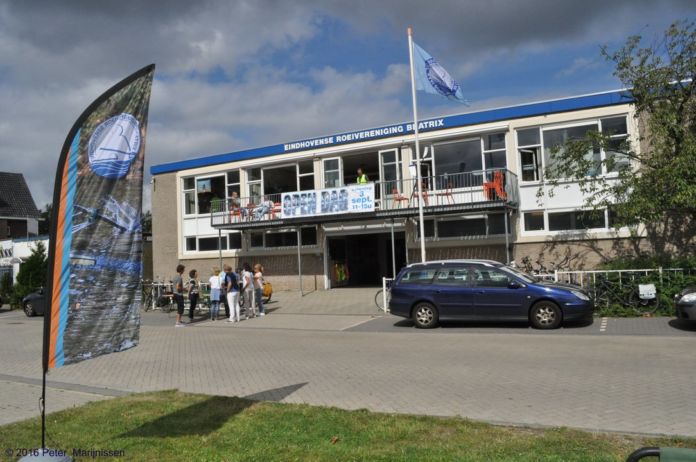 The rowing club Eindhovense Roeivereniging Beatrix opened its doors to the public on 3 September between 11:00 and 15:00.

Giving the public a tour of the club building, and the opportunity to try out rowing on the Eindhoven Channel for themselves. The club in Eindhoven has a large fleet of more than 70 rowing boats for 2, 4 and 8 rowers, some of which have even participated in the Olympics. There are 400 members, of which about 40 are part of the youth division. More club information is available on facebook and on their youth facebook page.

The open days are organized twice a year, hoping to attract new members to one of the few outdoor water sports in Eindhoven. The club is open to people of all ages, and Eindhoven has a second rowing club especially for students, located down the same channel. An introductory course of 7 lessons can be followed for 70 euro, after which it is possible to join the club. It is also a popular activity for expats and internationals, since instructions are also given in English. Lessons are on Thursday from 18:00 to 19:30 and on Saturday from 11:00 to 12:30.

Ingeborg van den Bold is one of the members, and in an interview she gave some insights into club, here the translation:

Q: How was the open day? Where you able to get new members?

I was rowing for myself at the time of the open day, so didn’t experience it firsthand, but did see a lot of club members helping out and many new people sitting in the boats. It was very nice to watch and in any case very dynamic, since after rowing away and returning, there were still people looking at the boat and walking through the building. For me it’s been a good day.

Q: So you organize this event twice a year, with the club having 400 members?

Yes, we have 400 members, and we want to grow, which is possible since we have wonderful rowing water here, and motor boats are not permitted, only water sports are allowed. It’s really great, we don’t get large waves or anything.

Q: I understood you’re able to row for 12 kilometers down the channel and back without any industrial traffic.

That is right, it has wonderful nature, and go back and forth, it’s just very, beautiful water. They say we have the rowing incubator of the Netherlands since it is so beautiful.

Q: You have a large boat collection here, and I heard one of the largest warehouses in the Netherlands.

Right, we have a lot of material here, and a very active material committee, so if there any problems with boat then they are repaired immediately. The fleet is well taken care of.

Q: There are 8 person boats here that look like they can participate in the Olympics.

We have three members who participated in the Olympics, and one or two still have their boats stored here.

Q: What kind of new members do you want? More youth?
We have a very active youth committee, and the youth get along well together, and a lot is organized for them. But after they turn 18 they usually leave, so we always need new members. They start at age 11, but we have all ages, even up to 70 and 80-years-old.

Q: Rowing is a great sport for outdoors, how does it compare to, for example, running?

I was also a runner, in heart and soul, but due to injury could no longer run, and was looking for an alternative. The nice thing about rowing is that it’s an outdoor sport, but also a team sport. You can do it alone, I was rowing back and forth today in a skiff, but you can also row in an eight. It not so stressful for your body.

Q: What about the blisters on your hands or the continuous wrist movement?

That’s all a matter of the right technique, then you won’t get any wrist problems. It’s not a sport where you are easily injured, but using the right technique your knees and back won’t give you any problem, even if you are older. The instructions that are given are done very seriously to prevent injury, and rowing is a good training for your back. If you get backaches, then it’s a sign of underdeveloped back muscles. With a trained back you won’t get any backaches due to rowing.

Compared to running, where you only use your legs, rowing uses legs, arms and back, so you burn a lot of calories. The coaches say that rowing is done with the legs, compared to lifting weights. The last part of the movement is with the arms, but then you have already delivered most of the power with your legs.

Q: Once the technique becomes automatic, can you then look around and enjoy the surroundings?

It depends on the number of the boat, so the number of rowers, and the training. If I’m training in an eight then I don’t see anything of the surroundings, just the person in front of me and the technique. So I was rowing a skiff today by myself, and then I was enjoying the outdoors. I also rowed in pairs for some time on the Thursday mornings, not for competition but just relaxed, then you see everything.
Compared to running, which is a different sport , since you can get into a cadence and then its automatic, with rowing you always have to keep looking out or ahead, otherwise it’s bad for the technique. But what really matters is that you ARE in that nature and you ARE outside, even if you don’t see things explicitly, you went out and took part in nature.

Q: So compared to running, rowing requires more concentration and focus on the technique?

They both have a active force but in a different way. With running you let your thoughts fall into place, and may suddenly come up with a solution to a problem. When rowing, you are only busy with rowing; very technical, but that is also very relaxing, since there is no room to do other things.

Q: So you’re so busy with the technical movements, there is no room to think about what you’ll be doing tonight or what happened yesterday. By the way, do you also get international people from Philips?

We recently got a lot of expats and people from ASML, and together with two rowing mates I gave instructions in English to a group of people. So our club is internationally oriented and we have trainers who can give good English instructions.

Q: Can you easily integrate into the club as English speaking member?

What happens is that you row together, and rowing is doing and feeling. Your form a single rowing group, and afterwards have some coffee and catch up as a group. You see that people coming from ASML and join into a group, that it mixes very well. Even if only one person speak English in a group, the instructions will then be also given in English.

Q: In conclusion, you are open to expats, you have English instructors, and people integrate well into the groups.

Right, and we have wonderful water for rowing, and new is that groups are formed and are giving training at fixed moments, so that people get to know each other better. 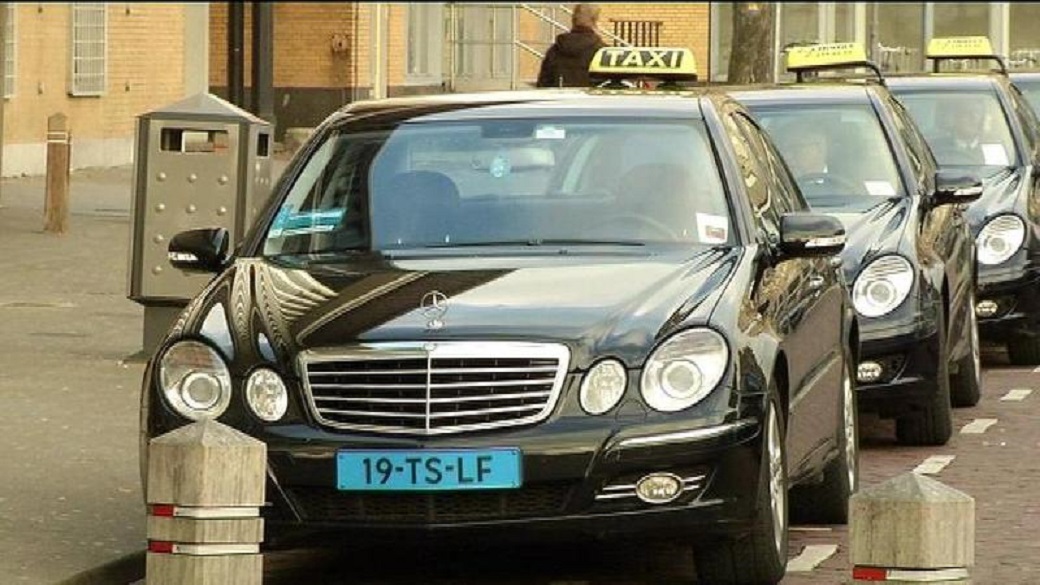 31 January 2023
Van Gerwen Groep is to take over the bankrupt taxi company Cibatax. Cibatax went bankrupt in mid-January but, will be now become part of...

Drizzly, wet weather outside and it won’t get much better for...