Joep Verbugt, chairman of the board at GGzE (Mental health care organization ) thinks that post corona crisis, it is now time to take mental health as seriously as physical health. He advocates a new National Institute, but also wants to see a change in mentality: “We all need to start thinking that being crazy is a bit more normal.”

Verbugt made his statements during the presentation of the GGzE annual report, which looks back on the second corona year 2021.

‘Society judges harshly’
In that year, according to him, it became increasingly clear how important it is to feel mentally fit. Many people felt lonely and the number of suicide attempts also increased because of the corona. Verbugt: “The crisis has made us realize that we need to make mental health just as important as physical health. We are slowly getting the hang of it.”

But the reality is different.  Less money is available and the waiting period in mental health care is longer than in hospitals. Also, society often judges harshly. “If you’ve been in the hospital and you show up at a party, everyone asks how it’s going. If you have mental problems, people are reticent.”

‘Mental impact assessment’
A step in the right direction, Verbugt says, would be to be less difficult about being “crazy. “We need to start finding being crazy a little more normal together.” According to him, it is possible to do this. He gives the example of how we view certain professions.  “If a sportsman or artist is a bit crazy, we think it’s normal, but in other places, it becomes difficult.”

He hopes that mental health can get a boost. But what might such a boost be? “I’m thinking of a National Institute for Mental Health, an RIVM but for the mind.” The alignment of physical and mental, he says, would then have to happen wherever policy is made. “With every zoning plan, the municipality wants to know the effects on the environment. I would like to see a mental impact assessment with every policy decision.”

Vulnerability as a strength
It sounds like quite a turnaround, but Verbugt is confident. “That National Institute is going to come about anyway. And in society, you also see that showing vulnerability is increasingly seen as a strength rather than a weakness.”

The message is clear: after two years of focusing on physical health, it is now time for the spiritual side of things. Although even at GGzE that was not the first reflex during the first corona wave. “We took rigorous measures, the whole area was closed off. That way we were able to keep corona out to a reasonable degree, but during the second wave, we thought: we won’t do it like that anymore. The clients and staff mentally suffered a lot.” 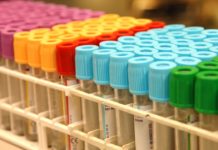