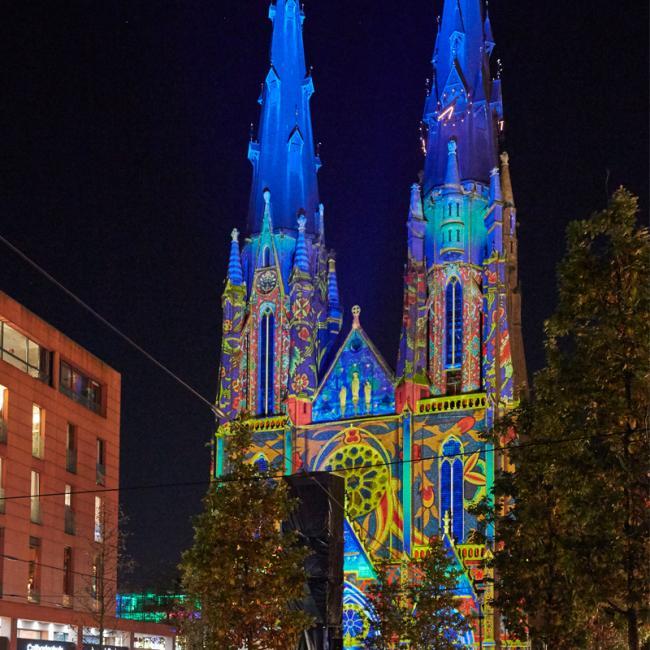 Light art festival GLOW in Eindhoven will continue but in a modified form. The event will have gates to check the corona QR codes. The municipality and the organizers decided this after a consultation about the ‘new’ corona measures.

The festival is spread over four locations: the city center, Strijp-S and T, the former Campina site, and at TU/e. This is to relieve the pressure on the center area.

Entrance gates
In these areas, there will be a fence. At the entrance gates, visitors must show a QR code in combination with an ID card or wristband.  A Corona access card is necessary to enter these places.

The city center will not have gates.  The light artworks in the center will remain on display until early January. The organization calls on visitors to keep 1.5 meters distance, as per the new advice.

”Let’s pay attention to each other and be considerate of others, then GLOW 2021 will also be a fantastically beautiful light event!”, said GLOW director Ronald Ramakers.

Initially little concern
For the organization of GLOW, the new corona measures start the same day as the start of the festival.

Initially, the organization had little concern. ”We had already anticipated this in January. The compulsory walking route has been completely abandoned. On the other hand, we have spread the artworks throughout the city,” said a spokesperson.

770,000 visitors
Light art festival GLOW in Eindhoven is one of the largest events in the region. Last year, the organizers canceled it due to corona.

The year before, the free event attracted 770,000 spectators.