After months of forced closure, the various sports clubs in the region are yearning for the new season to start.

But infection rates are rising again, and caution is called for. The HCE Hockey Club is, therefore, obliged to send its members who were in a high-risk area to the coronavirus testing centre. Anyone who refuses to do so won’t be able to come to the club for two weeks.

The club has a thousand members. They received this warning from the club’s board yesterday. The letter reads, “Have you been in a risk area? Get tested and share the results with us.”

According to the club’s chairman, Joop van Noort, the club’s stern tone is necessary. Even if it’s so soon before the start of the new hockey season, the risk of a new calamity must be kept to the minimum.

“Everyone’s eager to start again. It would be a great shame if a few people would make that impossible. Then we’d rather be stricter beforehand,” Joop says.

HCE’s measure was somewhat surprising to Herman Matheij. He helps run football affairs at the Eindhoven Sports Council. “I wonder how that club can control where someone has been on holiday. In my opinion, this mainly results in a false sense of security”.

But at HCE, they’re relying on their members’ honesty. “There may be people who keep their stay in a risk area to themselves. We hope those close to them will point out that it’s their ‘duty’ to get tested anyway”.

Many sports clubs already adapted to the new situation before the summer holidays. The canteens and club buildings are full of arrows, disinfection posts, walking routes, and no-go-areas. Yet there are also differences.

For example, Unitas football has yet to decide on the use of changing rooms and showers. HCE, on the other hand, immediately declared them a forbidden area. Herman Mathei is also chairman of Unitas.

He says, “Showering is ingrained in the daily routine of the footballer. You see that more and more other athletes will sit at the bar in their sweaty gear. That, after playing sports all day. Not here. But if it has to be for health reasons, then so be it”.

The regular PSV evenings, where PSV members could follow matches live on a screen at the club, will, however, be banned at Unitas. “These are always accompanied by a hustle and bustle. We don’t want that now,” Herman admits. 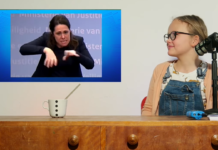 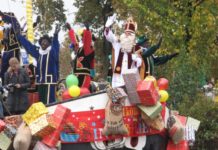