After Eindhoven welcomed Sinterklaas on Saturday, it was the turn of the adjoining towns (Nuenen, Geldrop, Mierlo and Waalre). Together with his attendants, he was welcomed with much enthusiasm by the mayor and residents.

Mayor Jos van Bree welcomed Sinterklaas in both villages, Geldrop and Mierlo. In addition to the regular stunts, there were a number of feats on the boat. They came abseiling from the Church to the entry.

In Nuenen, a local dance troupe was dressed as ‘pietjes’. Mayor Houben was also present at the event.

In Waalre, the music orchestra group Juliana picked up the saint at the Huis van Waalre, after which they left for the Markt in Waalre with a procession of children. 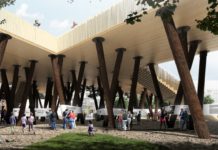 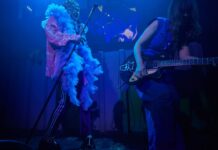