Water board De Dommel has introduced an abstraction ban for Keersop and Beekloop, in an area south of Valkenswaard, due to the drought in the region.

The area is particularly sensitive to drought, according to the water board. This is because the area has high sandy soils. As a result, water runs off sooner than in other places, causing streams, ditches and puddles to dry up sooner. And that is harmful to nature.

Such a ban applies as standard to the southwest area of the water board, which runs south of the Wilhelmina Canal from Oirschot to Hilvarenbeek. In this area, it is prohibited to abstract surface water from 1 April to 1 October. Withdrawal is also prohibited in north-east Eindhoven, south of the airport.

The water board also plans to introduce a periodic ban on extraction in the entire south-east area – from the Wilhelminakanaal to the Belgian border. The draft decree can be viewed for six weeks, the water board announces. After that, it wants to implement the abstraction ban as quickly as possible. 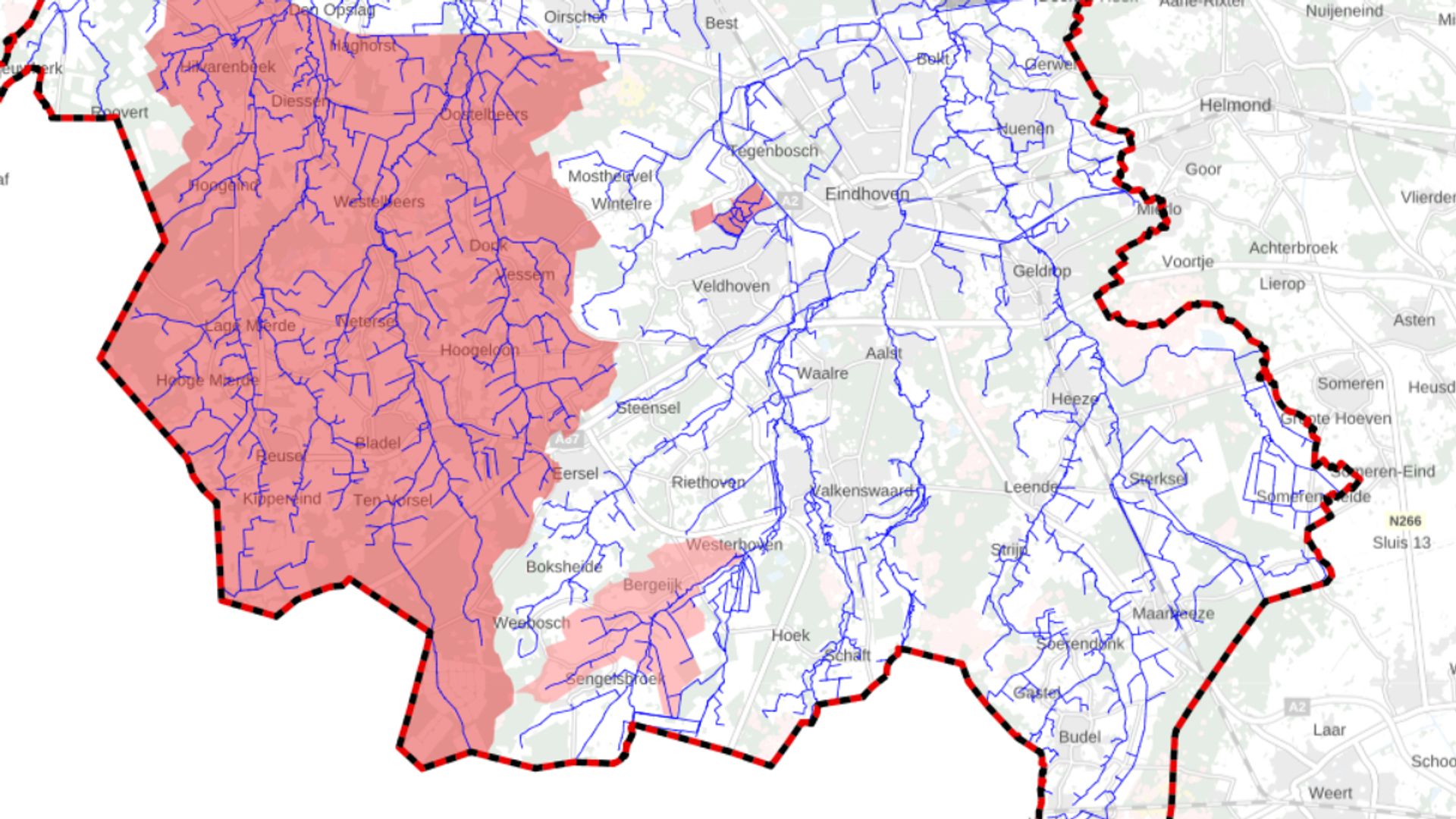 A map of the withdrawal areas. In the dark red area a six-month ban applies, in the light red area a temporary ban on abstraction has been introduced.