A special job and building site has been set up, especially for the men at the Vonderhof care centre.

Playing cards and chatting in the conservatory – that’s what the male residents of the Vonderhof nursing home can do all day long if they so wish. But that gets boring. And unlike the women, alternative entertainment isn’t easy to find.

That’s why Vitalis donated an old construction shed to the men. The ‘Vonderboys’ have converted it into a mobile ‘home’. As soon as the unit’s ready, they’re going to take it on the road.

Women’s activities sometimes characterise nursing homes. The men are sometimes left behind. The male residents of Vitalis Vonderhof are no exception.

“There are many events that especially appeal to women,” Henk says. “Knitting, crocheting, and more of those creative things. The men can play cards, but that’s about it.”

To give the men a bit more entertainment and especially a place of their own, Vitalis got them the shed. The men are converting it into a mobile hangout themselves.

“In most nursing homes, men are in the minority,” Almar Sinte Maartensdijk explains. As an artist/designer, he’s helping the seniors with work on the shed. “That’s no different at Vonderhof.”

“There are also more women working there. That influences the culture in such a space. You don’t have to blame anyone for that. That’s just the way it is. Those men are in danger of being left out.”

“Sometimes, they like spending time just with men. Where they don’t have to be careful about what you say. That’s something they sometimes miss in a care home,” Maartensdijk says.

The men will get this ‘breathing space’ on the construction site at the Temporary Art Centre (TAC) opposite the Philips Stadium. There, the ‘Vonderboys’ will transform the unit. Henk says, “We often take the bus for a day trip.”

“But then someone always has to pee, and you have to go return to the home quickly. This container’s mobile, so we can stay somewhere for a couple of hours if we want. The unit will be equipped with a toilet, snacks, drinks and a first-aid kit.”

The women aren’t involved with the project. They are, however, welcome to join the excursions, say the Vonderboys. “It’s not that the men want nothing to do with the women,” Almar says.

“But for a while, the men are without them. Men need that from time to time.” The women play an important supporting role in decorating the shed.

The ‘Vonderboys’ are, however, currently running into a problem – COVID-19. “We’re improvising now, also during construction,” says Maartensdijk. “We keep as much distance from each other will working.”

“We’re also wearing masks. But fortunately, we can work outside and are lucky with the weather. Because sitting inside doesn’t please anyone.”

“And when we take the unit out later, we’ll take along a tent. Then, we can sit a bit more at a distance from each other,” Almar explains. 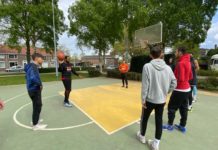 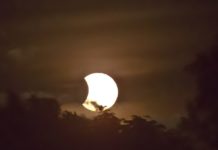 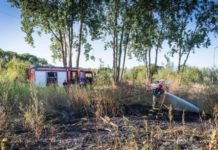 Forest fire in area near Tongelre

Cyclist hit by motorist near N2

June 11, 2021
This past year has taken its toll on all of us in a variety of ways. While we humans were locked down and responding...