A revolver gun thought to have been used by Vincent van Gogh to kill himself sold for 160,000 euros at an auction in Paris on Wednesday.

This was much more than expected. It was expected to fetch between 40,000 and 60,000 euros, according to Frank van den Eijnden, director of Van Gogh Brabant, a foundation that aims to preserve van Gogh’s heritage.

The weapon was found in France in the 1960s at the spot where van Gogh committed suicide. ‘It was discovered by a farmer who was working on the land,’ van den Eijnden explains.

‘In 2012 I was in the village where it happened. I was sitting there with the director of the local tourist office. We were working together on the Van Gogh Europe project [a larger European heritage foundation]. Then we heard the news that his colleague had received something special: the gun. I looked up and thought, this cannot be possible,’ van den Eijnden continues.

Van den Eijnden was told that the colleague’s mother had received the weapon from a farmer. ‘Now this man is apparently the lucky owner of a hefty sum of money.’

Whether the revolver is truly the weapon that van Gogh used to kill himself has not been established. ‘But almost everything points to it,’ van den Eijnden stresses. ‘The Van Gogh Museum [in Amsterdam] is also convinced that it is the real weapon. But you can never be 100 percent certain.’

The revolver was purchased by a private collector. Van den Eijnden explains that ‘if a public institution – a museum or something similar – acquires something like this, it is announced fairly quickly. But now we have to wait and see who the owner is. I hoped that the weapon would end up in Dutch hands. But I have a strong suspicion that it will end up somewhere in a distant country.’

Van den Eijnden says that he and his colleagues at Van Gogh Brabant were ‘seriously interested’ in buying the revolver. However ‘after consulting with other parties, we decided not to do it.’ Other organisations and foundations set up in Van Gogh’s name intended to place bids, and they felt that they should not bid against each other. 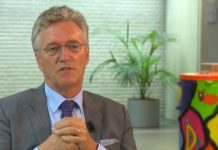 Kids as young as 12 being fined for breaking ‘corona rules’ 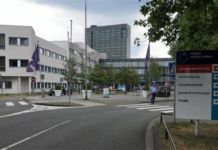 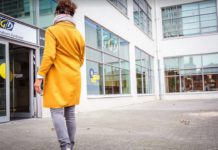 The regional health department’s running costs are on the rise

Large-scale renovation for cafés and pubs

April 3, 2020
Teachers in The Netherlands are striving to continue providing education for school children. That said, the sudden transition to e-learning methods poses a daily...

Translator Guleren: ‘When it comes to worries, we don’t differ much...