Here at Eindhoven News, it is celebration time! Irene Martens, founder and manager of Eindhoven News is nominated in the FRITS Top 50 women of the region. 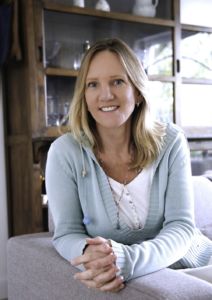 FRITS magazine is the city lifestyle glossy magazine. The first issue was published in November 2008. From there it has gone on to become the most circulated bi-monthly glossy in the greater Eindhoven region under the leadership of Hans Matheeuwsen. FRITS has created a unique niche for itself with the TOP 50 category nominations. Every year the Top 50 influencers in both ladies and gentlemen are chosen and ranked with the help of an internal jury. The ranking and nominations have stirred immense interest and expectation in the region. One lady on the list confides “the first time, you are happy to be on the list, the next time you are nervous until you know that you are nominated”.

This year our Eindhoven News founder and manager Irene Martens is nominated for this list. She is closing the ranks at 50. Indeed, it is an honour to be chosen out of a region that has more than two hundred thousand women. Irene has been the driving force behind Eindhoven News since 2011. Since that time, hundreds of international volunteers have contributed to this daily online newspaper and Irene has guided them into their volunteer work and supported them to find a place in the Eindhoven society. She is very involved in all events concerning internationals in Eindhoven. “I like to connect people, organisations and companies. Because I think only by working together you can get further. Through Eindhoven News internationals connect to locals and vice versa!” Eindhoven news is happy that this recognition has come just before we kick-start our tenth-anniversary celebrations.

Thank you Marie-José Dekkers, Editor of Frits, for proposing Irene Martens’s nomination. Irene Martens reflects “the team Eindhoven News and the readers have got me here”.

With the new vigour of such recognition, we are energised to serve you even better. Please like us on FB and follow us on Twitter and Linkedin. Thank you, readers. Without your support, this feat is not possible.