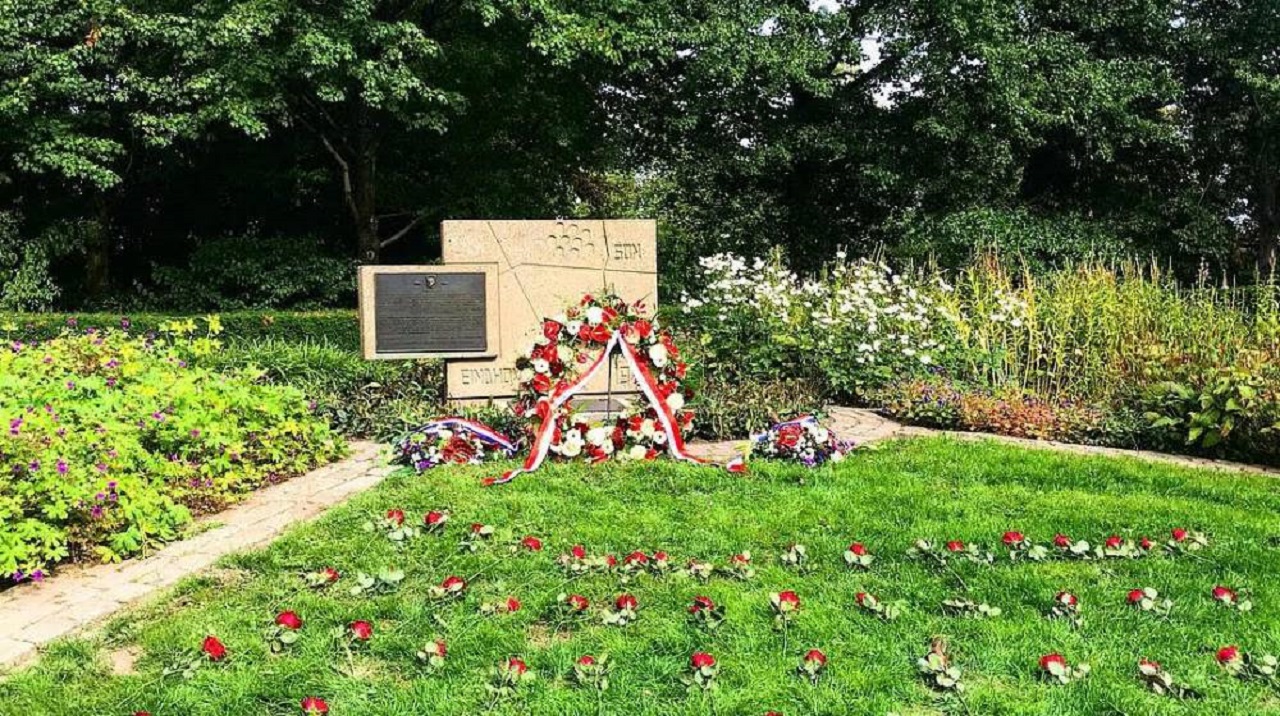 Loco-burgomaster Steenbakkers gave a speech on behalf of the municipality of Eindhoven. The commemoration starts the official annual ceremonies and celebrations to commemorate Eindhoven was liberated on 18th September 1945.

Cyclists from the Eindhoven region collected the liberation fire in Bayeux, France. Tuesday, they will arrive back in Eindhoven.

Secondary school children from Eindhoven who are in Bayeux for several days, will wave the cyclists off. The cyclists will bring the liberation fire to Eindhoven in a relay-journey.

The Eindhoven secondary school children are staying at Bayeux for several days. They visit places in Normandy, linked to the liberation of Europe during the Second World War.