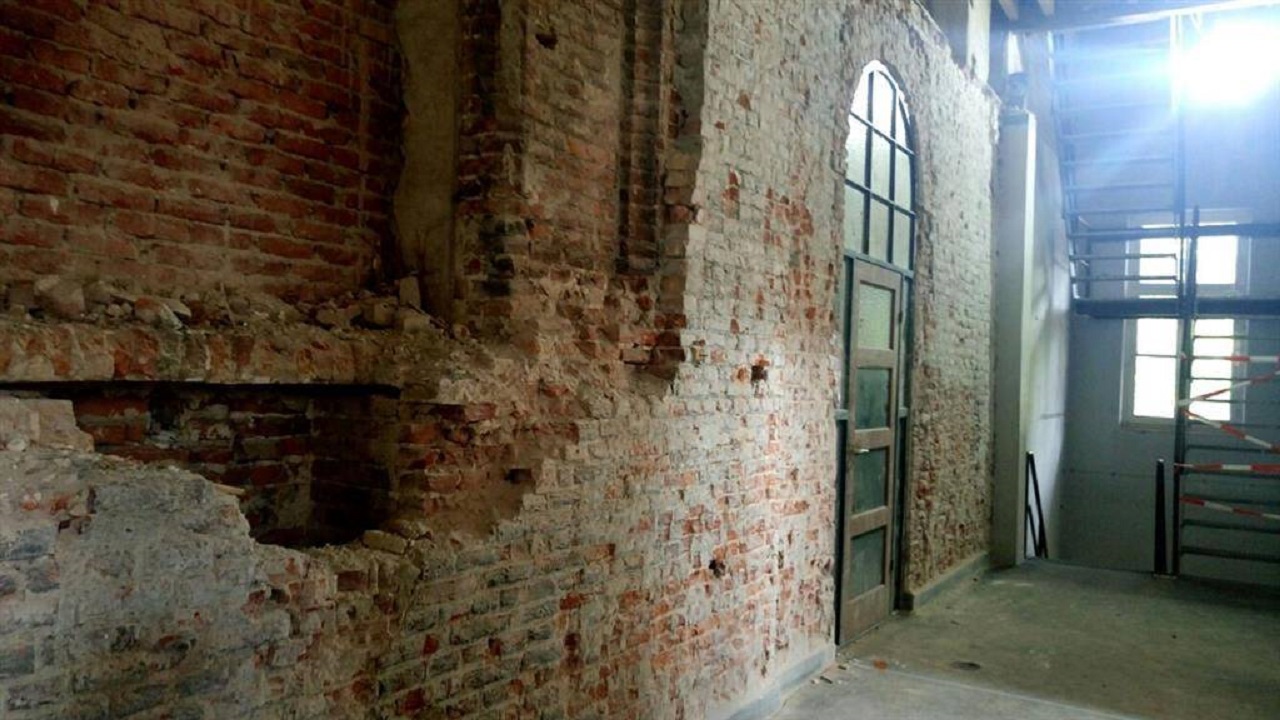 The recently discovered medieval wall at Mariënhage proved a popular destination during Dutch Heritage Weekend (Open Monumentendagen). Many people wanted to see this wall at the former monastery.

Saturday and Sunday were “Open Monumenten Dagen“. What once started as one Dutch Heritage Day, has now become a weekend event. During the weekend, cultural heritage sites (known in Dutch as “monumenten“) which are usually closed to the public, welcome visitors.

The medieval wall at the former monastery proved a popular destination. It was very busy at the complex along the Kanaalstraat in Eindhoven, on Sunday afternoon. Funeral insurance company DELA is currently thoroughly renovating Mariënhage. It will house a congress hotel, restaurant and two ceremonial houses.

Earlier last week, the medieval wall was discovered by sheer coincidence. “It was hidden behind another wall which was erected over a hundred years ago. It was quite a surprise to find this wall and we have adjusted our plans so that this wall has a nice spot in the complex,” says Toine van Velthoven of DELA.

Urban archaeologist Nico Arts also thinks the medieval wall is a special and beautiful discovery. It is one of the last remaining pieces of Eindhoven dating from the Middle Ages. During the Eighty Years’ War, the entire complex was set on fire during the struggle against the Spaniards.

On Sunday afternoon, many groups were guided through the Mariënhage complex. Despite the complex being currently renovated and under construction. During the tour extra attention was of course paid to unique discovery.

The area around the Eindhovens Kanaal received extra attention this year, during the special Heritage Weekend. The Campina factory and the NRE site also opened their doors to the public. These two locations were also officially granted monument status this Sunday.