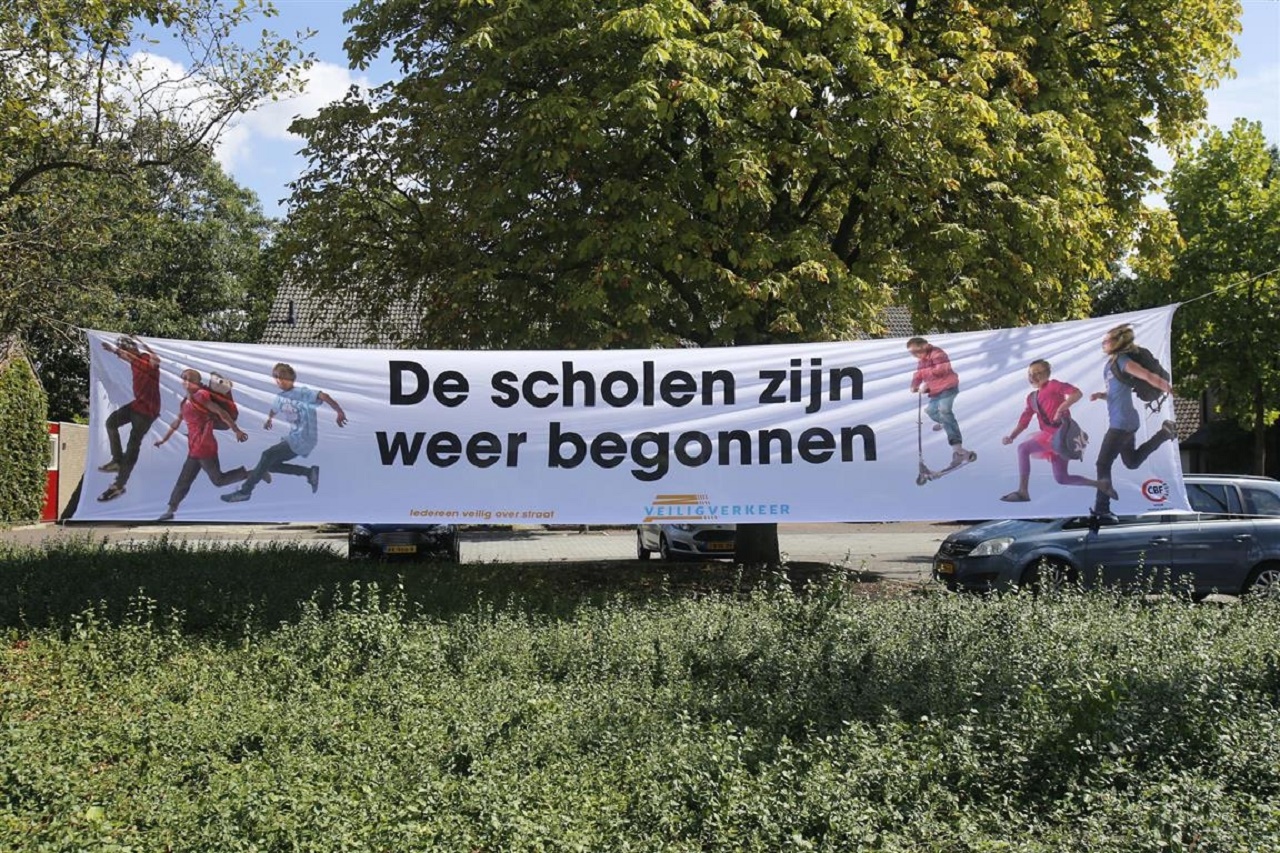 In the southern part of the Netherlands, primary and secondary schools started again Monday morning. At various places throughout the region, banners announced this.

These banners are intended as a warning to motorists and others who use busy roads and pass crossings near schools.

The new academic year also begins for thousands of students in Eindhoven. Next week they will have an introductory week, during which they will get to know their fellow students, the city and university. The academic year starts on the third of  September. On this day, the first lectures start.