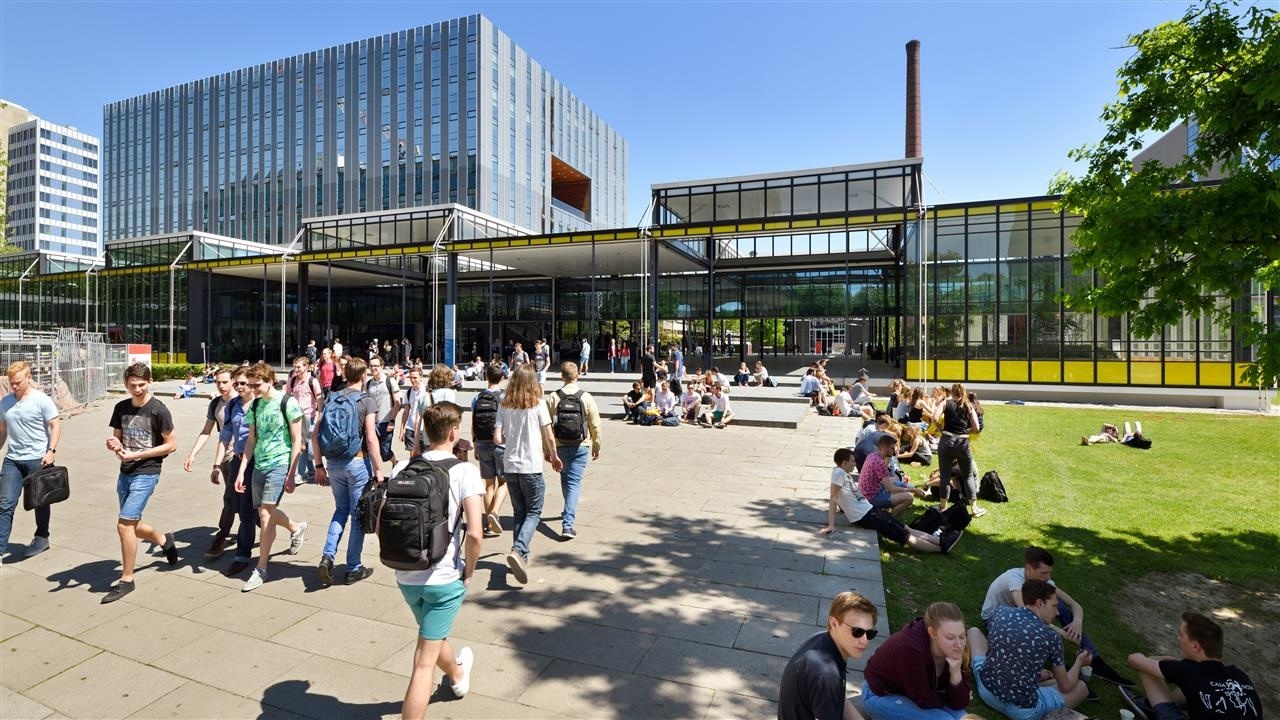 The former W-hall of the Eindhoven University of Technology will become an official Dutch heritage building, or Rijksmonument.

Since the renovation in 2011 and 2012, the building shares the name MetaForum with the new building.

The old building acquired the status of Rijksmonument, because it is a milestone in the development of architecture and building technology.

Thus the roof, with its characteristic checkerboard pattern is praised. The original colour scheme was also mentioned in the motivation to designate the building as Rijksmonument.

Jo van Ham, of the Board of Governors of the TU/e, is very pleased with the decision of the Minister to grant the building a special heritage status.

“The renovation of the W-hall marks a change in our thinking about the cultural-historical value of our real estate. Since then, this has been a fixed starting point in our housing policy.”

There are advantages to the former W-hall now being on the list of Rijksmonumenten. The special status will facilitate applications for financial aid for maintenance and restoration.

However, the heritage status also implies that, in the event of radical changes, a permit must first be sought. before the building can be altered. The municipality may grant or withhold permission.

Quite a few of these buildings are often closed to the public. However, over 4,000 open once a year: during the weekend of Open Monumentendag.

During this weekend, the 4,000 participating buildings can be visited for free. This year Open Monumentendag takes place during 8th and 9th September.