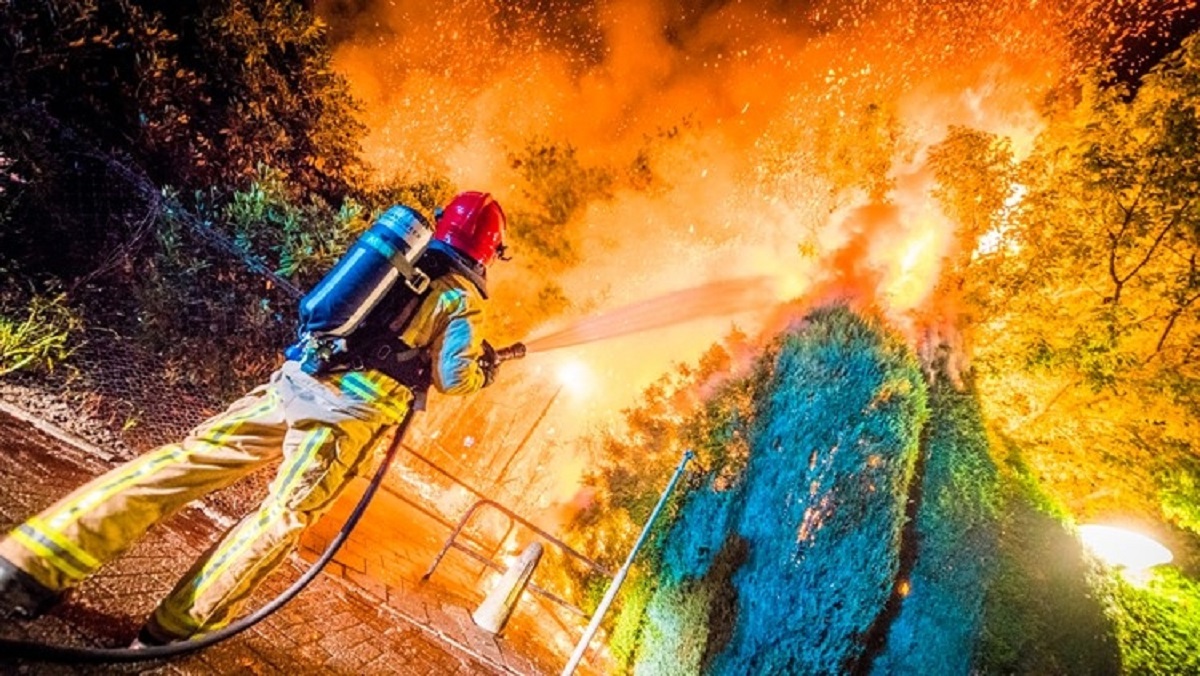 On Apollovlinderlaan in Eindhoven, a large fire broke out on Monday night.

The fire broke out at around 00.30 p.m. in a bush between a few houses. The fire spread rapidly and the flames shot high into the air.

Buckets and garden hoses
The fire reached above the seventh floor of an apartment. About six homes were evacuated and residents were trying to extinguish the fire with buckets of water and garden hoses. The fire department arrived with two fire-fighting engines and had the fire under control quickly.

No one was injured, though there is a large damage. How the fire started is not known. ‘Buurtpreventie’ (neighbourhood monitoring by citizens) takes arson into account.