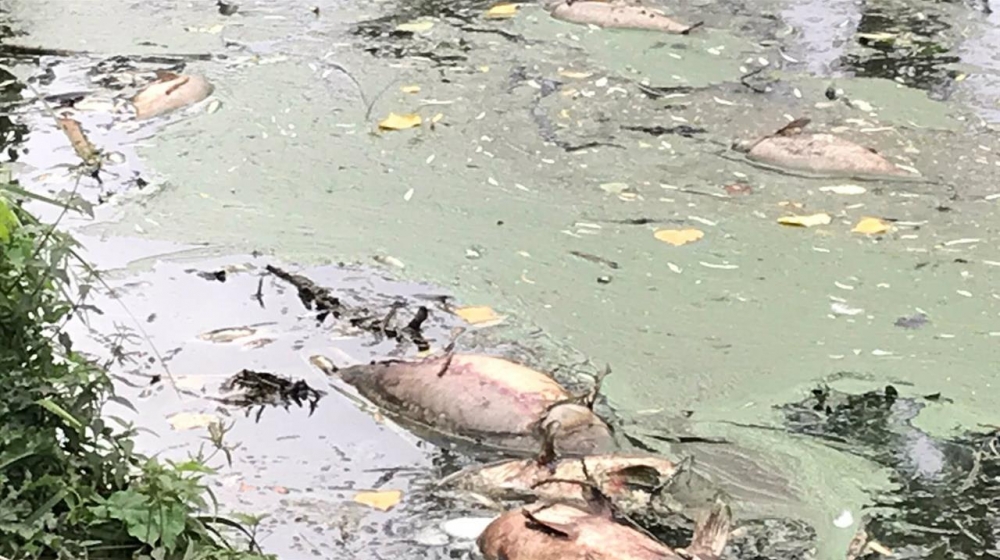 Today, the Eindhoven Municipality is holding talks with the various stakeholders about the high number of dead fish in the Oude Gracht area.

The meeting was called after dozens of dead fish were found last weekend. They were discovered during dredging work being done in the area. Het Koppeltje Angling Club announced the additional consultation on their Facebook page. The Waterschap De Dommel  (the Dommel Water Board), Sportvisserij Zuidwest Nederland (Sports Fishing Southwest Netherlands), and the two Eindhoven angling associations were also present.

The Oude Gracht is dredged to improve the quality of the water. This is done at, among other places, the De Knuppel fish pond, adjacent to Kosmoslaan. It is here that fishermen raised the alarm last weekend. Massive numbers of dead fish were discovered. The cause of death is not yet known.

Yesterday, Anthony Verberkt, a Board member of Eindhoven Angling Association told Studio040 that he, personally, would prefer it if the fish were driven to a different part of the pond. What solution the authorities proposed today, is still unclear.