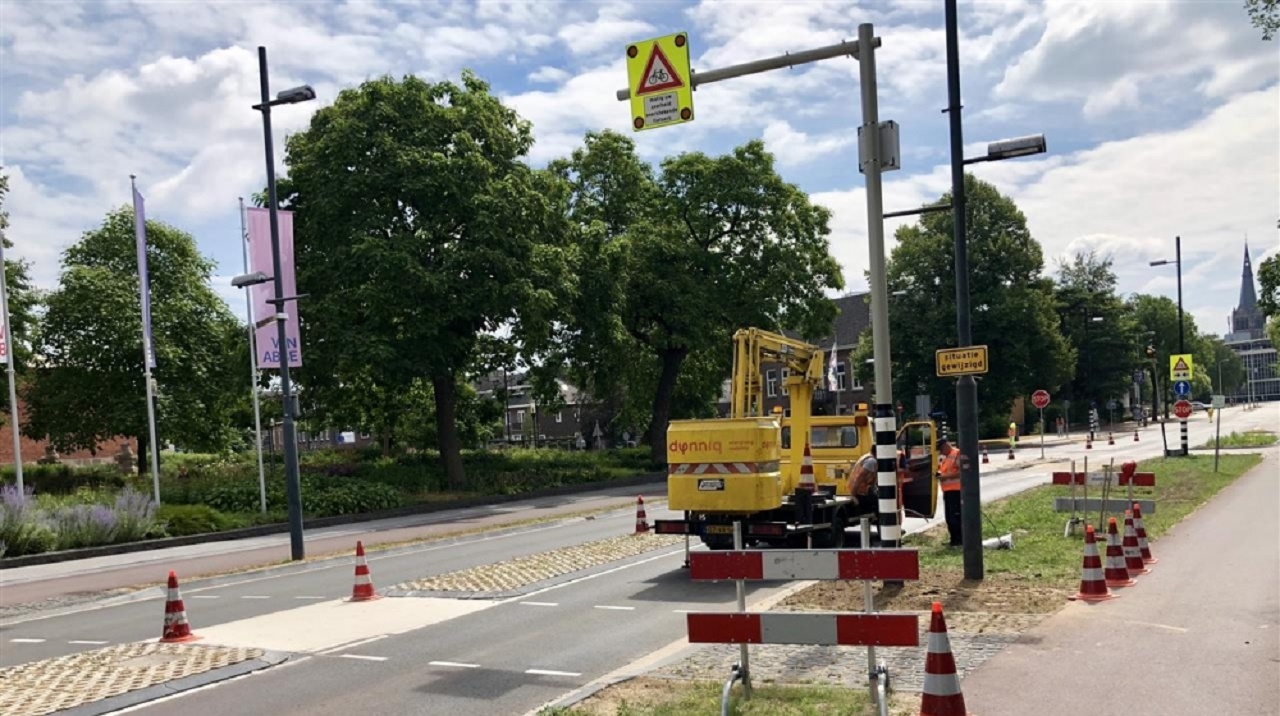 Eindhoven’s dangerous Wal-Bilderdijklaan crossing is being reconstructed – again. The current work will be carried out in phases.

Monday, the traffic sign to warn drivers they were approaching a priority crossing was removed. The sign warns drivers, cyclists have right of way. The removed sign was replaced with a similar warning sign, but hanging over the road.

This new warning also has flash-lights. This should improve it being noticed by motorists, states Eindhoven’s municipality. The traffic hump will also be slightly lowered.

From September, reconstruction work on the Vestdijk will commence. Even more buses will be diverted via the Wal.

During the autumn, the bicycle path near the Stadskantoor will be moved. It will run closer to the Bilderdijklaan. This will move the bicycle path further away from the dangerous and busy intersection. Cyclists and drivers should have a clearer overview and better view of each other.

The municipality states, these measures are necessary to make this dangerous intersection safer.

Traffic hump and warning signs ware already in place and the maximum allowed speed lowered previously. Yet many cyclists continued to complain about this crossing.

There were many near-miss accidents. At the beginning of this year, a woman was killed in an accident at this crossing. Motorists continued to drive too fast, while cyclists coming from both directions were not noticed.