Home NEWS Challenge to students: build a robot that can clean solar panels on... 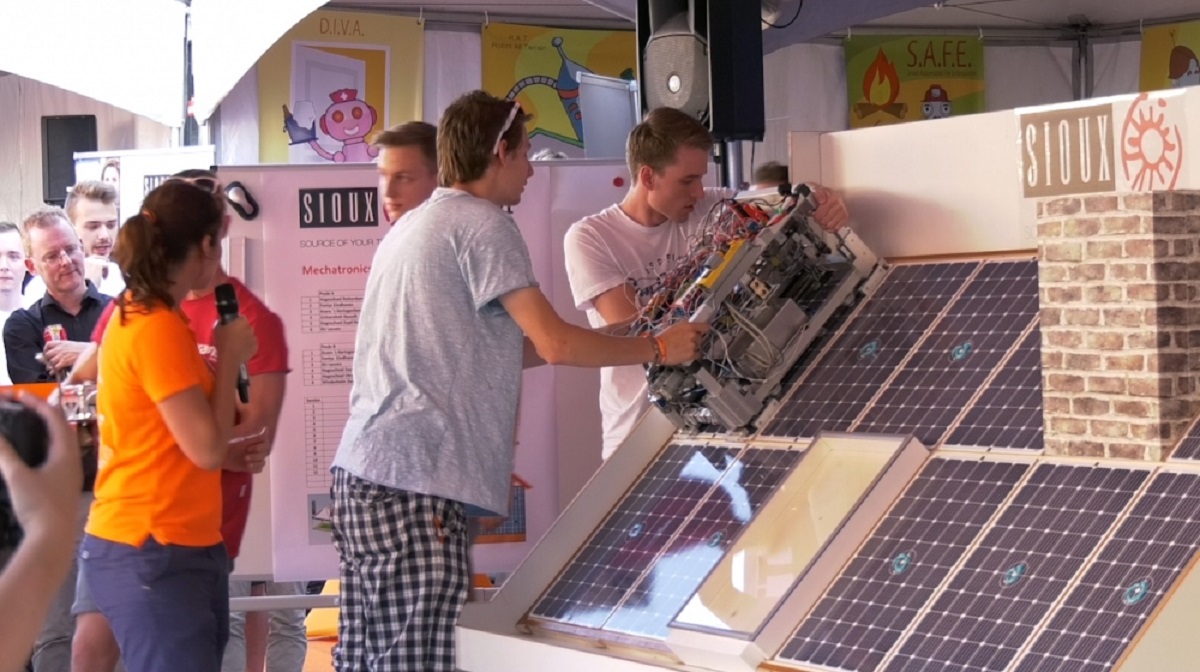 It turned out to be a big challenge to the engineering students: build a robot that can clean solar panels installed on a roof.

Twelve student teams from the Netherlands and Belgium were given the challenge last Wednesday night. Amongst others, students from Fontys Hogescholen, TU/e, Avans Hogeschool (Dutch technical institutes) and the Universities of Leuven and Hasselt (both from Belgium) competed in the event. The competition was part of the Dutch Technology Week in the Eindhoven region.

The organisation made it difficult for the students – a roof with a sharp incline with obstacles and dirt. A lot of robots fell off the roof. According to the organisers, all kinds of disciplines met in the challenge, which added to the difficulty level. ‘The robot must stay attached, be programmed, and do its tasks independently. And, preferably, as quickly as possible.’

The title went to the students of the University of Leuven.