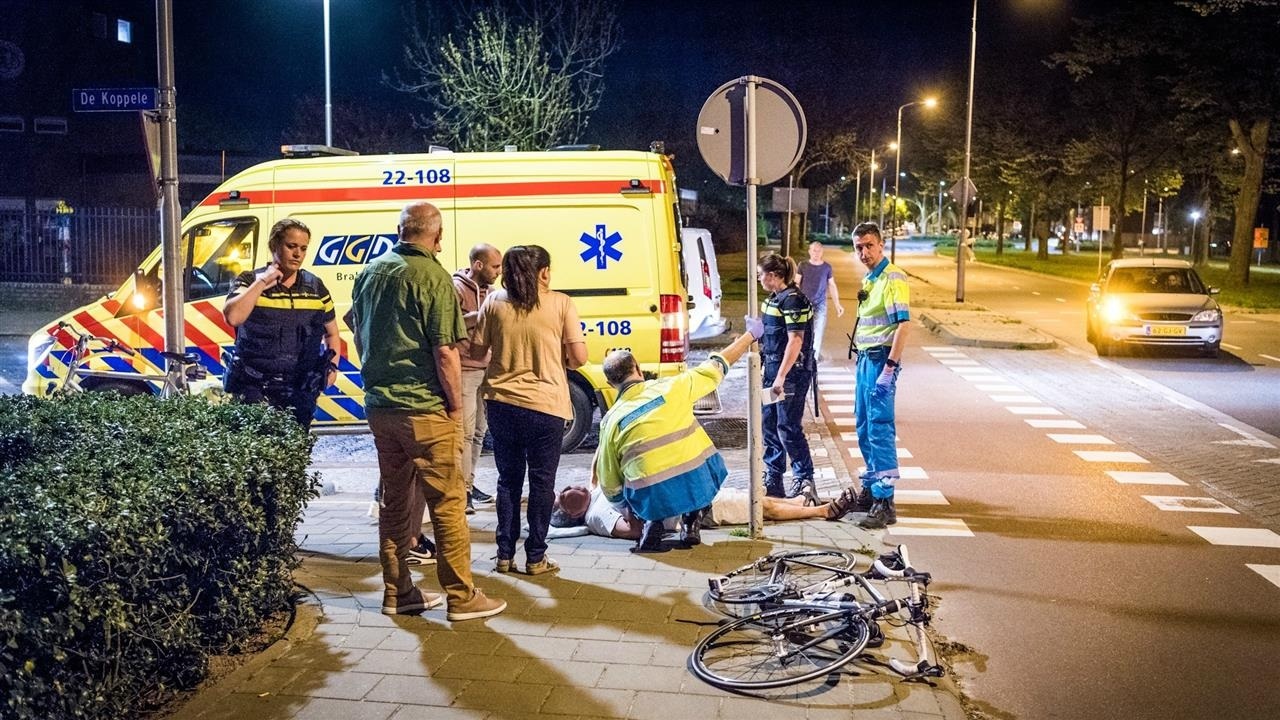 On Thursday evening, an elderly cyclist and a cyclist on a racing bicycle collided on Airbornelaan in Eindhoven.

The victims were riding toward each other in the bike lane. Both were slightly injured in the crash. According to witnesses, neither of them had their light on.

Ambulance personnel examined the elderly man at the scene. The racing cyclist was left with a few abrasions from the collision.