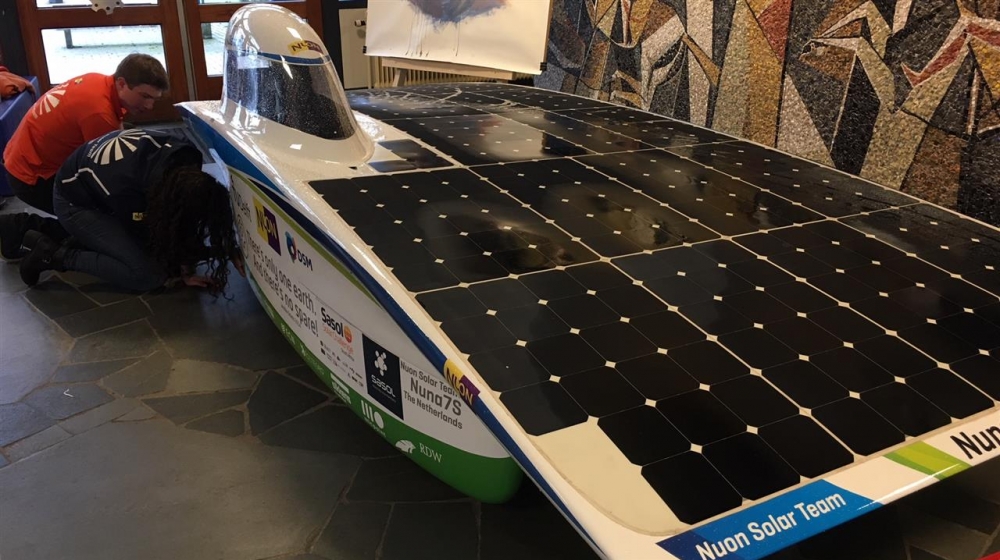 On Tuesday, TU Delft’s solar car, the Nuna7, paid a visit to the Lorentz Casimir Lyceum, a high school in Eindhoven.

Pauline Overes, a former student of the school, worked on the Nuna7. This solar car was world champion in 2013 and 2014. She brought the car to the Lorentz to inspire, in particular, female students. She wants them to become enthusiastic about studying in a technical field.

A small group of ten Lorentz students listened carefully to Pauline. These students are following the ‘Brainsports’ trajectory, a direction for children with an extra interest in the so-called, Beta subjects. Further down in the hall, the Nuna7 caused the expected excitement. “This is a nerd-dream come true”, one of the passing boys said, smiling.

The group of ‘Brainsport’ pupils were excited after the presentation of the Nuon Solar Team. Asked if they would want to participate in a solar car team, most did not answer. What is certain, is that they went home full of excitement.